Longford fightback just fails in losing out to Louth 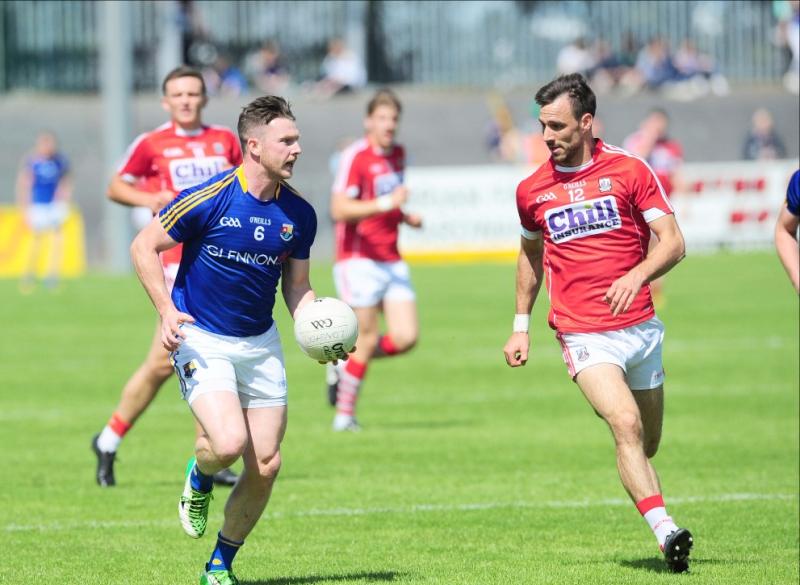 Michael Quinn, who last played for Longford against Cork in the All-Ireland SFC Qualifiers last July, was back in action against Louth in Drogheda on Sunday last.

Only a solitary point separated the sides in the finish as the Longford fightback just failed against Louth in the National Football League Division 3 game at the windy Gaelic Grounds in Drogheda on Sunday.

Longford (who trailed by 0-7 to 0-3 at the break) almost avoided defeat and might have snatched a draw but for a couple of controversial decisions in the exciting finish.

When Ryan Burns fired over a free in the 55th minute Louth had established what appeared to be a comfortable 0-11 to 0-6 advantage but Longford hit back to close the gap with a couple of cracking points from Padraig McCormack and Robbie Smyth in quick succession.

It developed into a fierce battle thereafter and Longford produced a strong finish that yielded a brace of scores from frees converted by Robbie Smyth and Sean McCormack, the latter on the mark in the 70th minute.

The linesman on the stand side of the pitch then ruled that Brian Farrell, holding vital possession, was out over the line with the ball which was not the case and this harsh decision eased the pressure on Louth who held out for a narrow win.

There was some more controversy when Monaghan referee Niall McKenna blew the full-time whistle a minute short of the additional four minutes that the sideline official had flashed on the board.

A significant blow was the rather unfair black card dismissal of midfielder John Keegan with just three minutes gone in the second half, not forgetting that Longford were forced to field without the injured Diarmuid Masterson.

There was some good news as long term casualty Michael Quinn made an earlier than expected return to the county colours after breaking his ankle in a club championship game for Killoe last summer.

Quinn was brought on in the 54th minute and he will be in better shape for the next league fixture on Sunday February 26 at home to Armagh.