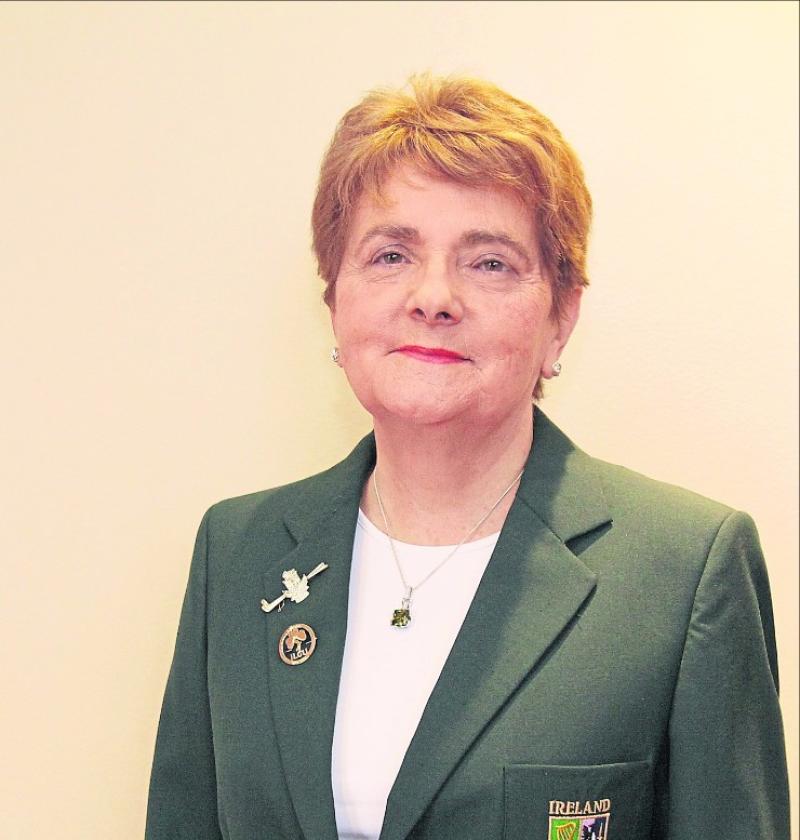 A Co Longford Golf Club member since 1970, Vonnie Noonan is the 35th President of the Irish Ladies Golf Union. She is the epitome of a club golfer who gives willingly of her free time, all dedicated towards the progression of golf.

Vonnie was elected as 35th President of the ILGU at the 9th National AGM of the ILGU Ltd on Saturday 28th January 2017 and she expressed her excitement about her tenure, “It is with great eagerness and anticipation that I start my term as your President for the next two years. It is an incredible honour and distinction for me and for my home club - Co. Longford”.

Her passion for the administration of golf came quite early as she became involved in handicapping and rules in her club in the late 1980’s. “Once my five children had flown the nest I had more time to dedicate to golf”.  She wanted to give more to the game in the early 2000’s and joined the Connacht Executive in 2004. “The ILGU were looking for Rules Officials so I qualified as a Rules Official in St. Andrews in 2007”.Vonnie went on to become the Chair of Rules in Connacht and shortly after that was asked to be National Chair of Rules in 2009, where she stayed for five years.

Vonnie feels fortunate to be entering as President on the back of what is undisputedly the most successful year ever for the ILGU, with achievements such as having three Irish players on the GB&I Curtis Cup team who won at Dun Laoghaire, securing a Bronze medal at the World Amateur Team Championships, the Girls Team winning the Home International matches for the first time in history, the Senior Ladies Team being crowned European Team Champions and having Stephanie Meadow as an LPGA tour player and Leona Maguire as world number one amateur representing Team Ireland at the Olympic Games.

In her two year tenure, Vonnie would like to see the growth of stronger clubs and encourages clubs to avail of the services the Confederation of Golf in Ireland (CGI) has to offer, through programmes such as Get into Golf and Golf4Girls4Life.

Vonnie acknowledges that 2017 and beyond sees a change for the Union with the potential of a One Governing Body and she expressed the importance surrounding this potential change, “A joint One Governing Body could have a hugely positive impact on all clubs and members and could promote equality, enhance the game and provide greater support to clubs into the future”.

“Relish club success, recognise your accomplishments and enjoy the friendships you make throughout the year”, commented the 35th President of the ILGU, Vonnie Noonan.