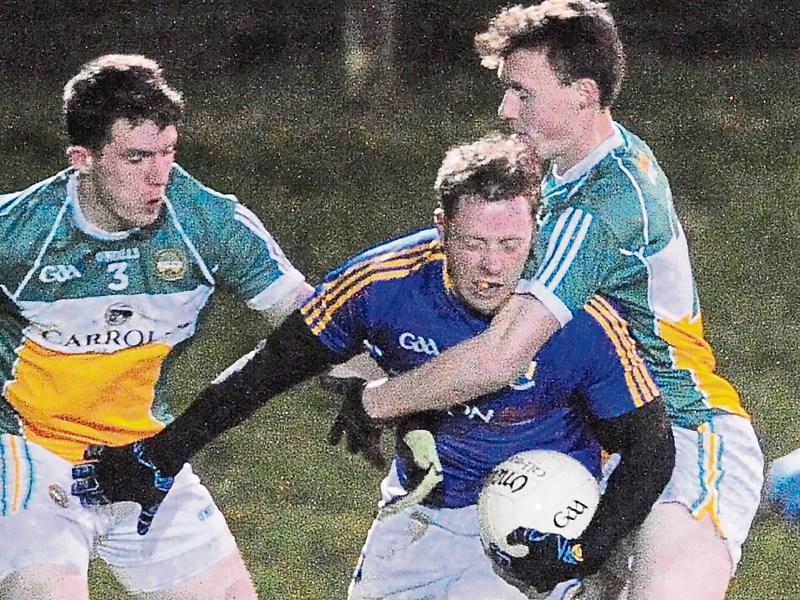 Sean McCormack claims the break from inter-county football has helped him regain a hunger for the game.

The Killoe forward took a break from playing with Longford before the end of the league campaign in 2015 after finding it difficult to balance college and football. He, along with his brother Padraig,  are now back in the county squad and Sean is relishing the challenge as the season unfolds.

“It’s a good focus for me to be back in there. As soon as I felt I had a bit more to give I came back. The break away from county football gave me the hunger back. I was snowed under with college and got it very hard to juggle everything. I was doing everything but giving nothing 100%. I knew my studies had to come first at that moment,” said McCormack.

Speaking about the return of his brother to the county set-up the older McCormack is delighted Padraig has got the chance to return and play for Longford.

“It’s great that he is back and getting an opportunity to do it again for Longford. I hope it continues for him. It’s always nice having him play alongside me. We played together a few years ago for the county in a league final and I didn’t think the opportunity would arise again.”

Sean McCormack’s first game back for Longford was the recent O’Byrne Cup game against Kildare in Newbridge. Despite playing in a number of top games in the past he felt there was pressure but once he pulled on the jersey it all eased.

“In the build-up to the Kildare game there was pressure, like I had never played for Longford before. It was great to get out there and pull on the county jersey again. It was a big moment for me.

At one point I couldn’t see myself there again but it was like I was never away when I took to the pitch in Newbridge,” stated Sean.

Looking ahead to the National League campaign McCormack knows it will be tough but that will only benefit the team.

“It’s going to be very competitive but I think that’s a good thing. Every team will strive to improve when they are playing against top teams. We are under no illusions of the challenge that’s ahead of us. It’s a good place to be in. The first couple of game are crucial for every team as it sets the platform for the year.”

McCormack was speaking ahead of last weekend’s encounter with Offaly, a game he and his fellow teammates were especially looking forward to.

“You cannot look any further than the Offaly game. Promotion would be great but it’s not something that we have been talking about as we are focusing on one game at a time.

“There’s a great crop of players there at the moment with a lot of promising young talent.

“On the other hand, I was glad Dermot Brady came back in, just to take the mantle again with his vast experience.

“It tells a lot when you see other lads coming back to play for the county. They believe in something and everyone is willing to put in a lot of hard work. So let’s see where it takes us this season,” concluded McCormack.