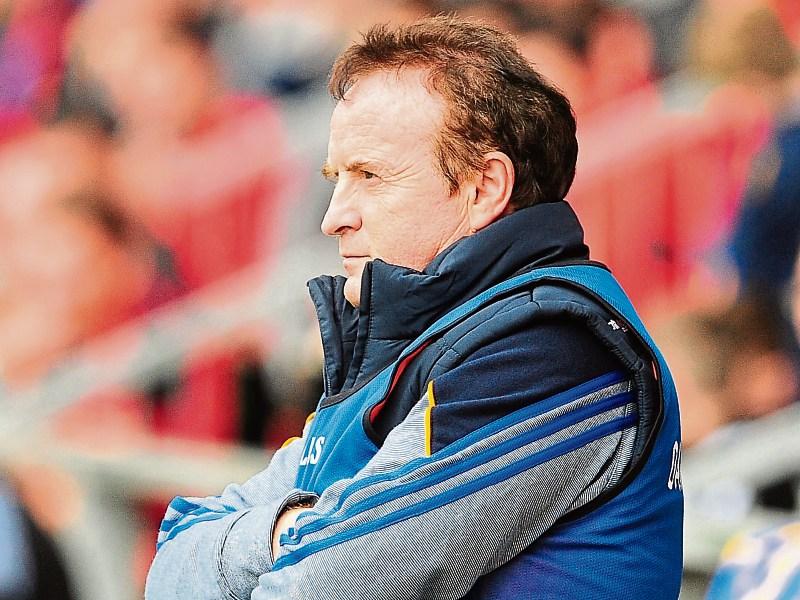 Longford manager Denis Connerton is under no illusions as to just how tough Division 3 is going to be this year and the 2017 National Football League campaign starts for the county this Sunday with a home game against recent fierce rivals Offaly.

Denis said: “It’s really hard to know how this division will pan out with the relegation of Armagh and Laois and then Antrim and Louth coming up. That has spiced it up and taking on different opposition will freshen things up. Tipperary got to the All-Ireland senior semi-final last year and that was a huge achievement for them. Liam Kearns has strengthened the squad this season with the return of some players and this is an extremely difficult away fixture for us.”

Last year Connerton bemoaned the fact that many players declined his offer to come into the county set-up but this season he is boosted by the return of John Keegan (Mullinalaghta), Ronan McEntire (Dromard) and the Killoe brothers Sean and Padraig McCormack. The Longford boss is delighted to have those players back involved.

football and it’s great to have those guys back on board. Everyone is enthusiastic coming in for this campaign after enjoying the number of good results we achieved last season. We have a lot of good, talented players in the squad and they are all working very hard. There is a great buzz and it’s great to work with them. It keeps me young as well,” he said jokingly.

But Longford have been hit with a number of injuries. Apart from the absence of Michael Quinn, Brian Kavanagh and Michael Brady on the long term casualty list, Mark Hughes and Andrew Farrell are also out injured and will be sidelined for a while too.

“We have a few guys out injured for a while and it is a considerable setback for us. That’s why we need everyone that is fit and available to play,” commented Connerton.

One player who is raring to go for another year is Dermot Brady. The manager rates the defender highly and is delighted to have him back in the squad again.

“It’s great that Dermot is back in again. He is in great shape and looks after himself well; works very hard each day away from football. He is a very consistent footballer.”

There is no talk of promotion or even consolidation in Division 3 from Connerton or Longford ahead of the start of the league. Denis just wants his players to go out and give it their all and he will have no complaints if they leave everything on the pitch.

“Our target is to do our best and that has always been the way with us; to play as well as we possibly can. If we do that, we can walk off the field feeling proud and hold our heads up high. The result can then look after itself.

“All we can do as mentors is to try and prepare the lads to perform to the best of their ability and hopefully it will be good enough to get a positive result.

“It’s a very tough league and while you don’t know what is going to happen we do need to get consistency into our performances, starting with the opening fixture against Offaly on Sunday next and playing at home is a definite plus,” concluded Connerton.