McNamee struggles to hide disappointment in wake of Meath defeat 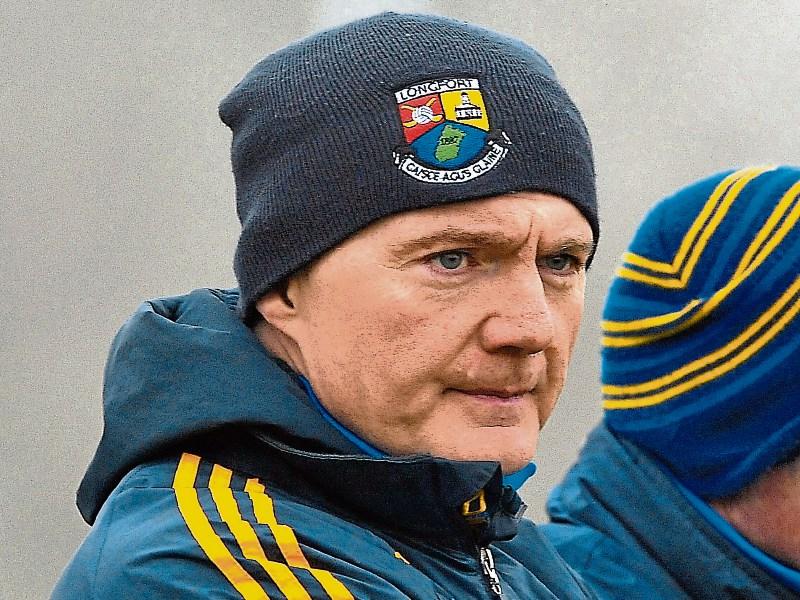 After watching his side suffer a narrow two points defeat against Meath (after extra-time) in the Hastings Cup Final in Abbeylara on Sunday last, Longford U-21 manager Frank McNamee could not hide his disappointment.

Speaking to the Leader after the game McNamee said: “At the end of the day, Meath are happy and we are not. We are very disappointed. We are trying to instill a mentality and a belief. It’s not enough for us to want to go close and not getting there. We don’t want moral victories. There is plenty of character there but we still lost the game and that hurts.”

As well as losing the game, Longford full-back Ronan Sweeney was forced to retire in extra-time with a nasty ankle injury. The lengthy stoppage and the sight of Sweeney being stretchered off knocked Longford a little. McNamee was worried about Ronan: “He is a strong player and character and also a leader. Hopefully the injury isn’t as bad as it seems but it doesn’t look good at the moment. It knocked our concentration and knocked the lads a little bit. You could not fault the effort or character from the lads. It was a game we wanted to win and while we came out the wrong side of it there were still lots of things that went well.”

McNamee said that he was happy with certain aspects of the performance but the area his side will have to work on is putting away the chances they created.

“We created plenty of scoring chances and that in itself is a positive. It takes lot of work to do that. We got into scoring positions but we just were not converting them. That’s one area we can look at. We are after having five tough games since the start of January and that has brought the group on a great deal.”

With Kildare the opposition in the Leinster U-21 Championship quarter-final on March 1, McNamee and his management team yet again used the squad to give players a chance to impress.

For the Longford manager it’s about the panel. “It is not a 15 man game anymore; it’s a panel game and we have a great bunch of lads. I would trust any of them to come in and do a job at any given time. So we are very lucky in that respect.”