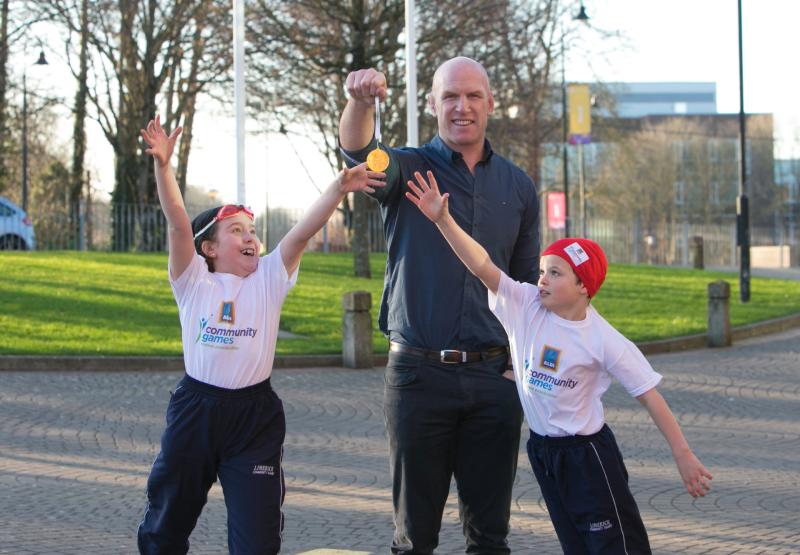 Aldi Ireland has announced a new three year partnership with Community Games, which celebrates its 50th anniversary in 2017, that will see Aldi provide a significant six-figure investment to become its title sponsor.

The Aldi Community Games sponsorship was unveiled by Paul O’Connell at the University of Limerick, where he was reunited with John Dempsey, his former swimming coach.

Speaking at the announcement, Giles Hurley, Group Managing Director Aldi Ireland said, “Community Games is an integral part of Irish society that has touched the lives of millions of young people in towns and villages across Ireland.  It is a great honour for Aldi to support Community Games, particularly in its Golden Jubilee year.  We share the Games’ vision of promoting active, healthy lifestyles for children and young people and over the next three years we will provide the financial support to ensure more communities and children than ever can participate.  Making a positive impact in the communities our 128 stores serve is a priority for Aldi.”

2017 marks the Golden Jubilee of Community Games in Ireland.  Over the past 50 years more than 5 million children have participated and competed across a wide range of sporting and cultural activities.  Recent research conducted by Onside found almost half the Irish population to be interested in Community Games.  Aldi’s funding will ensure the Games continue to be enjoyed by the next generation of Irish children, providing the support to reach more communities and giving more young people the opportunity to participate than ever before. 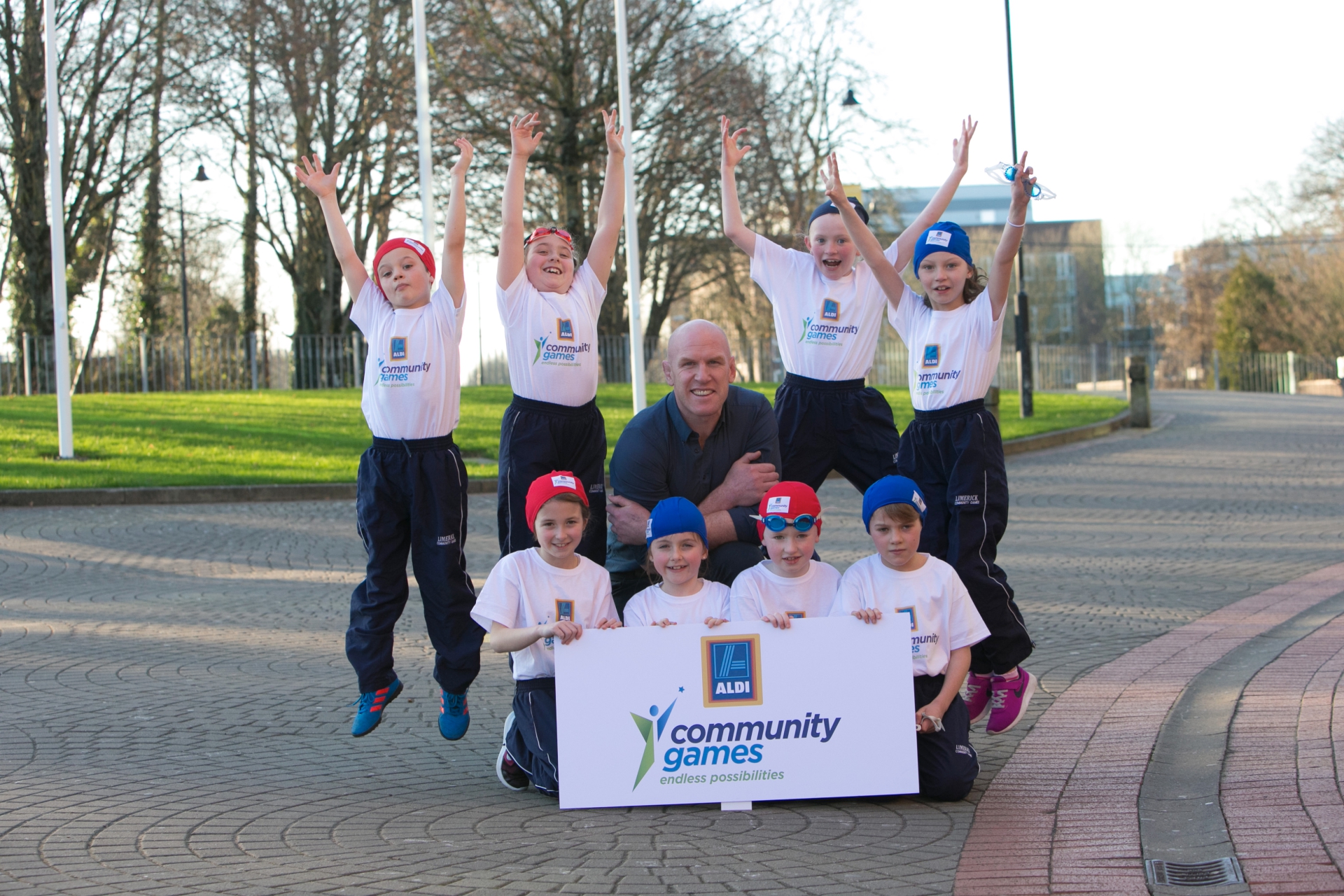 John Byrne, Community Games CEO commented, “2017 marks a hugely significant milestone for Community Games.  It is our 50th birthday and it is the beginning of a much valued partnership with Aldi.  Having Aldi come on board as our title sponsor is something we are all really excited about. The focus of Community Games has always been geared towards giving young people the tools to lead a healthy and active lifestyle. We know Aldi shares this vision with us and we are looking forward to involving more communities and young people this year than ever.”

This year in excess of 160,000 children across 575 communities are expected to compete in over 200 scheduled regional events supported by 20,000 volunteers.  There is a huge selection of sports and activities on offer including individual and team sports such as Art, Model Making, Javelin, Camogie, Football and Hurling. Regional champions will progress to the National Festivals, which take place on May 6 and August 18 - 20 at the National Sports Campus in Abbotstown, Co Dublin.

Over the past half century many of Ireland’s celebrities, sporting heroes and world-famous actors including Paul O’Connell, Saoirse Ronan, Olive Loughnane, Bressie, Niall Quinn and Sonia O’Sullivan have taken part in Community Games.

Speaking at the launch, Paul O’Connell, Aldi Play Rugby ambassador commented, “I remember my time participating in Community Games with great affection. The community spirit and camaraderie of the Games is truly unique.  It’s not only about winning - the focus for me was on taking part and enjoying sports which led to a healthy lifestyle.  Competing from a young age in swimming, I learnt the importance of preparation, determination and dedication - values I later applied on the rugby pitch. My relationship with Aldi began last September when I came on board as ambassador for Aldi Play Rugby.  I have witnessed first-hand how effective and committed Aldi are to the community support initiatives they are involved in.”

Aldi in search of young rugby pundits in Longford