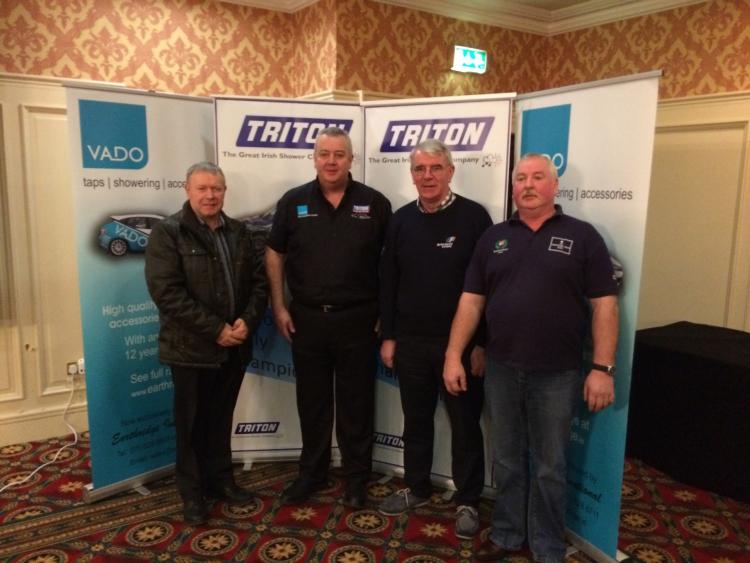 The Triton Showers National Rally championship was launched in the Glenroyal Hotel in Maynooth last Saturday.

MC Martin Walsh gave a brief outline of the event with Triton as main sponsor in their third year of a three-year sponsorship deal.

The rotation format of the championship sees alternative clubs running the eight events this year which concludes with the Fastnet rally in Bantry in October.

Many of last year’s competitors were in attendance including Roy White from Clonmel who won the 2016 championship in his Fiesta WRC. He hopes to defend his title this year but will have stiff competition from Declan Boyle from Donegal also in a Fiesta WRC.

The championship is once again being aired on our TV’s with On the Limits sports programme.
This year will also see Donagh Kelly a previous winner of the championship in 2015 will compete in a Focus WRC.

Niall Maguire from Monaghan, three times previous winner is back and will drive an Impreza WRC.

This year’s rounds consist of;

4 Circuit of Munster rally based in Rathkeale, Limerick (June 4)