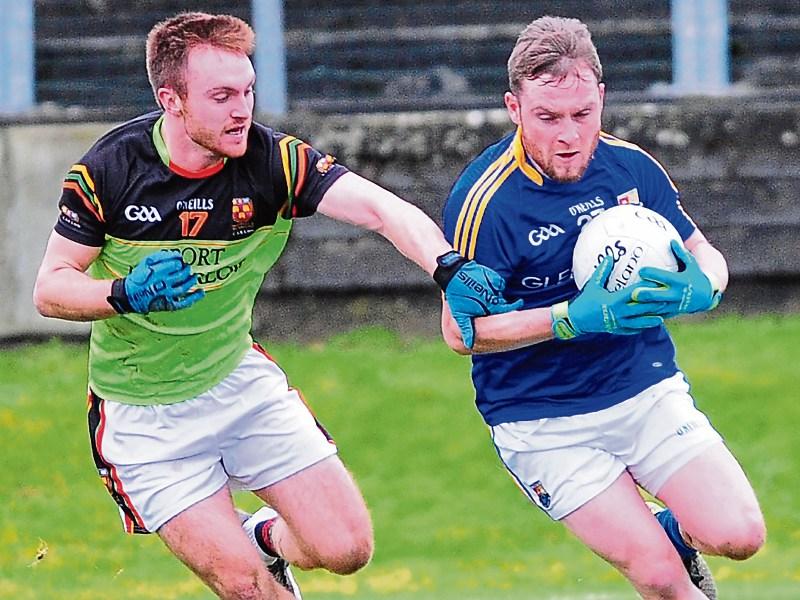 In the end it wasn’t as easy as many predicted but in a meaningless fixture that was of no help to either side Longford had eight points to spare, 5-11 to 4-6, over IT Carlow in their final Bord na Móna O’Byrne Cup group game on Sunday afternoon last in sparsely attended Glennon Brothers Pearse Park.

With nothing at stake for Longford, manager Denis Connerton gave players the chance to impress with the start of the league just weeks away. It was a dour and drab game played at a pace more akin to a training session.

There were some positives to be taken from the game for Longford but a lot to work on before they entertain Pat Flanagan’s Offaly on February 5 in the opening round of the Allianz NFL Division 3.

Ronan McEntire was excellent throughout while substitutes Darren Gallagher and Robbie Smyth made very positive contributions following their introduction to the fray.

On the opposite side Colmcille’s Cathal McCabe put in a good shift for IT Carlow. The Longford U21 player finished the game with 1-3 – two points from frees and the goal from the penalty spot.

Six of the nine goals bagged on the day were scored during the first half. Longford may have scored five goals overall but they still conceded four and were caught out on a number of occasions.

It was McCabe who opened the scoring; hitting over a free in the 4th minute. Longford opened their account in the 6th minute with a goal from Ronan McEntire. Brian Farrell and David McGivney (free) added on points to put Longford four ahead, 1-2 to 0-1, in the ninth minute.

Their lead was reduced to just one point in the 15th minute when Conor O’Toole scored the students’ first goal. Longford got their second goal the 21st minute after being awarded a penalty; James McGivney was dragged to the ground and his clubmate Donie McElligott duly dispatched the spot-kick, 2-2 to 1-1.

IT Carlow reduced the deficit to two in the 25th minute but Longford replied with a fine point from McEntire and a goal from substitute Liam Sullivan after good work from McEntire, 3-3 to 1-3.

In the final five minutes of the half both sides added a goal to their tallies with Gary Rogers getting Longford’s fourth goal and Ross Ryan grabbing the students’ second to leave them trailing 2-5 to 4-4 going in at the break.

IT Carlow’s Daniel O’Sullivan hit over a point in the 39th minute before Longford extended their lead to 10 points in the 50th minute; Darren Gallagher getting his side’s fifth goal and Brian Farrell hitting over a fine point, 5-7 to 2-6.

Credit to the Carlow side they kept at Longford and their pressure was rewarded in the 51st minute when they got a third goal. Once again Longford were able to hit back with two more points from Smyth (one free) and another from Liam Connerton to put 11 between the sides with five minutes remaining, 5-11 to 3-6.

The final score of the game came in the 69th minute after Longford keeper Ciaran Garvey pulled down a Carlow player and McCabe stepped up to place the penalty past his fellow county man and leave eight between them at the final whistle.

Kildare’s 3-11 to 0-8 win over Offaly ensured that it was the Lilywhites who progressed to the semi-finals from Group 2 and in the penultimate round Cian O’Neill’s side will face reigning All-Ireland champions Dublin.