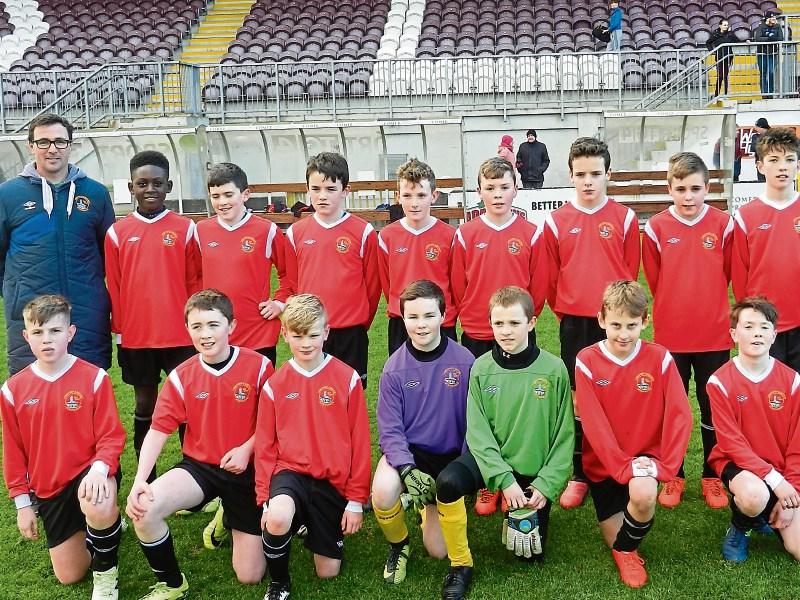 Two goals inside five minutes just before half time proved to be Longford’s undoing at Eamonn Deacy Park in Galway on Saturday morning last in the U-12 Subway Championship.

Despite the early start Longford settled into the contest from the off and carried the game to the home side in the opening stages.

Ross Shields, Josh Kelly and Andrew Flynn all looked lively and comfortable on the ball. Flynn linked with his club mate Matthew Carey to create the first real chance. Longford continued to impress working the Galway keeper and forcing several corners. Rasheed Yeboah had the beating of his man while Darragh McConnan and Callum Duignan were neat and tidy at the back. However the goal that Longford’s play deserved never came.

After twenty five minutes the home side got the break with a move down the right as the ball was drilled across it broke kindly for the inrushing forward to apply the finish. Inside a couple of minutes Longford were two down another quick break from midfield and Longford were caught.

The second half and Longford pressed to get into the game. Paddy Moran had a couple of snapshots pushed away by the keeper. Cormac McGann and Carey cut out any danger. While Longford but some good moves together the Galway defence were in a mean mood and held out to keep a clean sheet that looked unlikely for long periods.