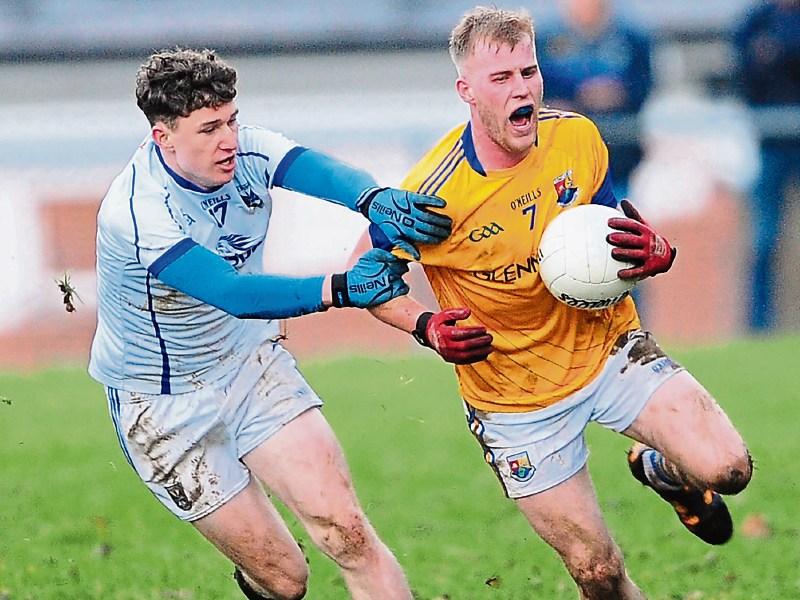 Longford produced a strong second half display  in coming from behind to beat Cavan in the Hastings Cup Under 21 Football Tournament Round 2 game at Sheelin Park, Ballymachugh on Saturday last.

After looking in considerable trouble at one stage in the first half when they trailed by five points (1-4 to 0-2) with Peter Lynn and Shane Kenny (free) on target, Longford got right back into contention with a well-taken goal from wing back Russell Brady who raced through to finish the ball to the net in the 22nd minute.

Brady was impressive during the course of this useful work-out as the preparations continue for the Leinster U-21 Championship quarter-final away to Kildare on March 1 and Longford manager Frank McNamee will obviously be hoping that his talented squad can maintain their unbeaten run in the Hastings Cup when they take on Roscommon in Round 3 at McGann Park, Kenagh this Friday night, throw-in 8pm.

Thanks to the Russell Brady goal, Longford only trailed by the minimum of margins (1-5 to 1-4) at the break with the other points coming from Darragh Doherty and Shane Kenny (free) while Ryan Connolly clocked up 1-3 for Cavan.

Connolly scored the goal in the 5th minute but despite enjoying the greater share of the possession the home county had to settle for a slender advantage at half-time with their other two points coming from frees converted by full-forward Daire McEnroe.

Cavan increased their lead with a further point apiece (frees) from Connolly and McEnroe in the early stages of the second half but were outplayed for the remainder of the game as they failed to register another score until the second minute of stoppage time - Connolly on the mark from a free.

Longford were completely on top on the changeover with the introduction of Mullinalaghta players Jayson Matthews, David McGivney

and Aidan McElligott making sure that victory would be achieved and all three got their names on the scoresheet.

Seven points were registered in a row, three from Shane Kenny (one free) and a brace from Matthews (one free) with Daryl Carrigy and McElligott also on target, and centre-half-back Dessie Reynolds had a goal attempt very well saved by the Cavan keeper Fergal O’Rourke in the 39th minute.

Another goal chance fell to Joe Kelly soon after but he flicked the ball wide and Longford got the final score of the game in the fifth minute of stoppage time when McGivney shot over the bar to seal a fine win.