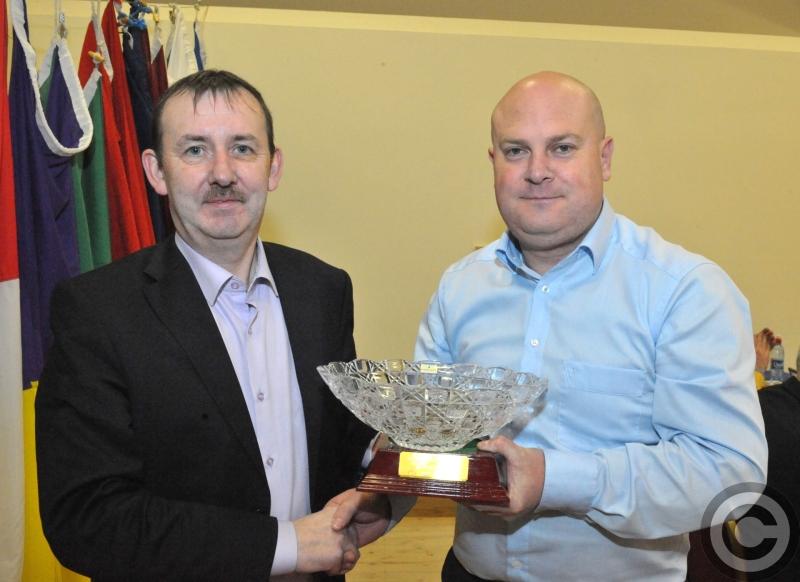 Eamon Reilly, a member of the St Munis Forgney club, was elected the new Longford GAA Chairman at a quite dramatic annual Convention that took place in The Rustic Inn, Abbeyshrule on Thursday night.

Report from the Longford GAA Convention

After previously serving as Assistant Treasurer and who was Vice-Chairperson from 2014 to 2016, Eamon is now the County Board chief after defeating the outgoing officer Brendan Gilmore by 46 votes to 38 in a tight contest for the top position.

Rathcline clubman Brendan was Chairman from 2013 to 2016 and was bidding to complete the final term of the maximum five years in the same position.

The new Chairman Eamon Reilly said it was a honour and a privilege for him to now hold the highest office in Longford GAA and that it just goes to show that people from small clubs can do a job.

As it turned out, there was significant sweeping changes at the most interesting GAA Convention in a number of years as two other outgoing officers, John Bannon (Legan Sarsfields) and Tommy McLoughlin (Mostrim), also lost their places on the county board executive in their quest for a different position at the top table.

John was stepping down as one of the two Leinster Council representatives, after serving the maximum five years in that department, and decided to run for the vacant post of Vice-Chairperson but lost out to former Children’s Officer Brid McGoldrick (Killoe Emmet Og).

In another close contest, Brid emerged victorious by 45 votes to 39 and which was recognition for the hard work she performs in a leading role with the 20/20 Vision for Longford GAA Development Plan.

It was also extremely tight in the battle to determine the two new Leinster Council representatives with four in the field and elected on the first count was the outgoing Irish and Cultural Officer Gerry Hagan (Killoe Emmet Og) with 29 votes, just exceeding the quota of 28.

Next in line was Derek Fahy (Ballymore) with 24 votes, followed by Tommy McLoughlin on 23 votes, while the other candidate Anthony Dooner (St Brigid's Killashee) was eliminated with five votes.

Thus Derek and Tommy went head-to-head in the second count, the distribution of Dooner’s votes, and it was well known referee Fahy who came out on top to claim the second Leinster Council representative position when he defeated McLoughlin by 27 votes to 25.

Tommy McLoughlin was the outgoing Coaching & Games Development Officer, having served in this position for the past few years, but he is now no longer a member of the Longford GAA Executive along with Brendan Gilmore and John Bannon.