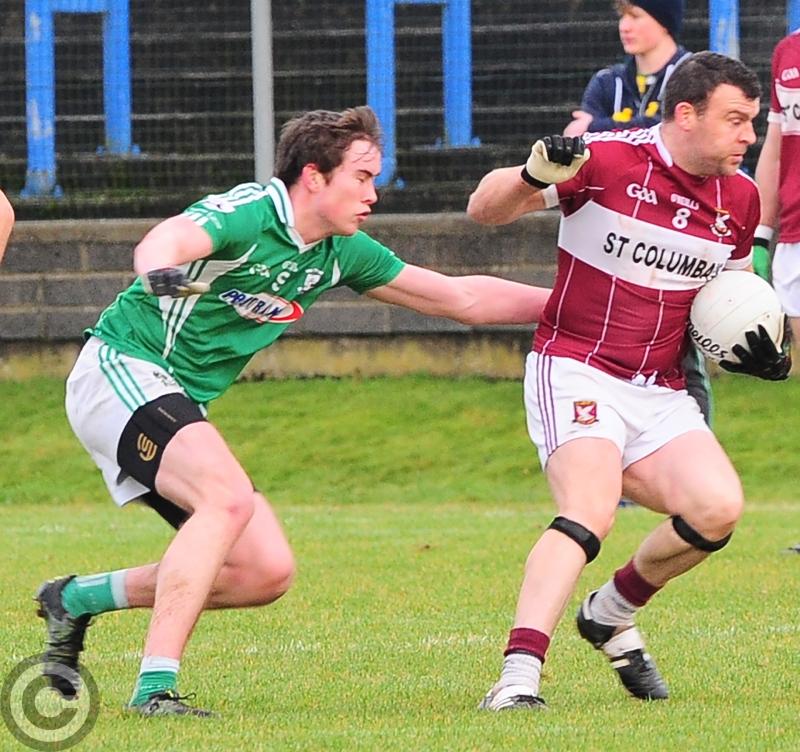 A glorious year for Mullinalaghta St Columba’s ended on a real high as they eventually got the better of Clonguish after extra-time in the entertaining Leader Cup Final at Glennon Brothers Pearse Park on Sunday.

Completing the elusive championship and league double was a tremendous achievement by the north Longford club but Clonguish almost overcame the handicap of having to field without the suspended Paul Barden as they were a point ahead when substitute Joe O’Brien (unable to start due to injury) converted a well struck ‘45’ in stoppage time.

But Mullinalaghta (without the injured Patrick Fox) did not panic as Gary Rogers engineered the equalising score for chief marksman David McGivney close to the final whistle to leave the sides deadlocked, 1-9 to 0-12.

Rian Brady got the goal for St Columba’s in the 10th minute as the county champions ended up leading by 1-6 to 0-7 at the break and Mickey Graham’s charges appeared to be in a comfortable position when they extended the advantage to four points with a brace of scores from David McGivney (play and free) in the early stages of the second half.

Clonguish (also minus the unavailable Ciaran Williams) failed to convert any of the three clear-cut goal chances they created in the first half but they came storming back on the changeover to register five points in a row through Peter Hanley, Shane O’Brien (whose shot hit the crossbar), Paddy Dowd (free), David Barden and Joe O’Brien (‘45).

And so extra-time was required to decide the destination of the Leader Cup and while Mullinalaghta outscored Clonguish 0-6 to 0-3 to win the senior football league title, Clonguish suffered a significant setback when key defender Ronan Sweeney was sent-off with seven minutes gone in the additional period.

Down to 14 men, it was always going to be a real uphill battle thereafter for the Newtownforbes outfit even though they only trailed by a single point (1-13 to 0-15) when defender Darren Quinn shot over the bar with five minutes remaining in extra-time.

But back came St Columba’s to register another couple of points through Jayson Matthews and Gary Rogers to clinch a hard earned success as they captured the prestigious Leader Cup for the first time since 2013.