Hat-trick of records for local swimmer 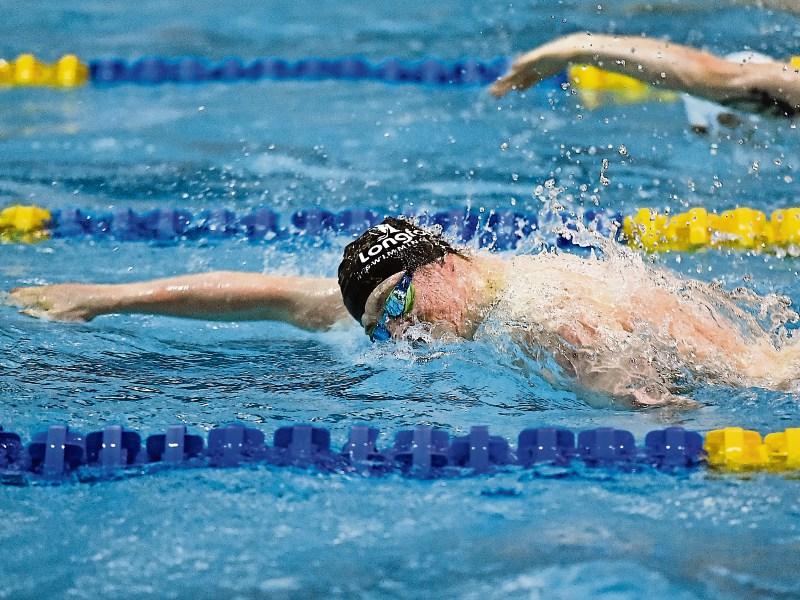 Of the thirteen records smashed during the Swim Ireland National Short Course Championships in Lisburn last weekend, three of them were set by accomplished Longford swimmer Gerry Quinn.

Longford Swimming Club member Gerry broke the 200m Freestyle Irish Junior Record earlier on Sunday last, December 4 to make it a hat trick of records and gold medals for him over the course of the  weekend.

Visitor Jakub Karl of Hamilton Aquatics in Dubai received commemorative gold in the event as he touched first in 1:46.88.

Gerry triumphed in the 100m Freestyle on Saturday evening last. The mighty Quinn was in sizzling form in the 25m format competition at Lagan Valley Leisureplex, winning in a time of 49.13 ahead of UCD’s David Prendergast in 49.61 seconds. The previous holder of the record was Calum Bain.

Coached by Ronan McNevin, Gerry also broke the Irish Junior record on Day 1 of the Championships, Friday, December 2. He finished the 400m Freestyle in 3:51.31 behind Tallaght’s Brendan Hyland (3.50.72).

Earlier this year, in July, Gerry, who was recently named as Longford Young Person of the Year award winner at the Longford People of the Year awards promoted by the Midlands Simon Community and sponsored by Frank Kiernan Structural Steel Limited, performed magnificently at the European Junior Championships in Hungary, qualifying for two finals, and setting five records (three individual & two team).