Rampant Longford see off out of sorts Portarlington 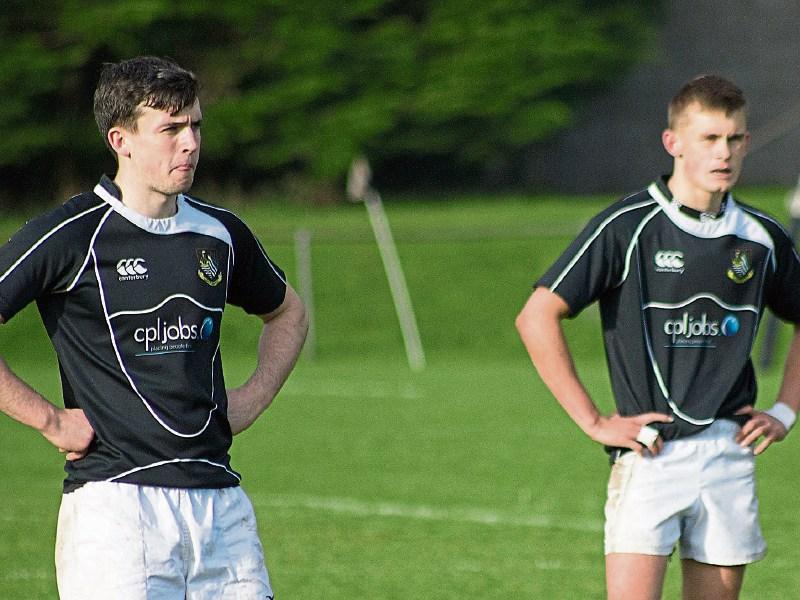 Longford 1st XV got a good benchmark of progress when they dispatched a visiting Portarlington side with ease in the second clash between the sides this season at CPL Park on Sunday last.  Last time out at Lea Road the midlanders were on the wrong side of a 13-11 scoreline.

This win for the first team means that they retained the top spot in Leinster League Division 2A, now four points ahead thanks to their eight tries and formidable defensive line.  The final score reflects a solid work-rate, but it was only in the second half that the handling errors that dogged in the first half were dispensed with.

When they were comfortably ahead the crowd pleasing offloads stuck and the adventurous attacking lines blitzed the visitors. Right from the the first kick Longford controlled tempo and territory. Benny McManus showed his durability from the start surviving a nasty fall after he was clipped while in the air going up to field the kick-off.

From the earliest stage Longford crossed the gain line comfortable at each phase. The Laois side for their part were advancing backward.  Much of the opening ten minutes was played in the middle third but even here the pattern of territory was clear.

Longford's attacking prowess was illustrated by the need for the referee to issue a warning to the Portarlington full back in the 8th minute as repeat infringements had been used to slow the home team’s attack. Longford got their penalty and Joe McGowan got the first score,  3-0.

Five minutes later Benny McManus smashed the visitors line and clawed another 10 metres before being hauled down.  His side’s attack was turned to another penalty and McGowan kicked it to extend the lead, 6-0.

The next line breech was courtesy of outhalf Daniel McHugh. He brought his men deep into Portarlington territory and this time the penalty came with a yellow card for the opposing full back.  Longford opted for the scrum and although it did not go their way a subsequent scrum had a better end. When the ball squirted out Barry Stewart pounced.  One phase and some deft passing that spun the ball through four pairs of hands before Eoin Bartley grounded in the corner to leave it 11-0.

Just before the half hour mark the Paul Gallogly added to the haul with a move that featured cameos from Barry Stewart, Benny McManus, Huby Connolly and Neal Farrell.  The seven's try brought it to 16 and McGowan totted it up to 18-0 with the conversion

Longford saw out the first half with adventurous play featuring a chip chase by captain Ciaran Kennedy, a marvellous exercised in defensive containment and Eoin Bartley being denied a second try with what the referee perceived to be a double movement.

For the opening 10 minutes of the second half the errors returned. Then Daniel McHugh seared through a gap in the Portarlington defence as the opponents looked on flat-footed as another try was conceded. McGowan hit the mark from the conversion to leave it 25-0.

The winger showed that his boots were for more than just kicking by displaying a burst of pace out on the wing, Gallogly picked up the cudgel and a sweet little out the backdoor pass to Anthony Hughes got the lock on the scoresheet. McGowan added the conversion to leave the score at 32-0.

Five minutes later another wide run was abruptly halted five metres out from the line with a high tackle.  The referee ran under the posts with arm up for the penalty try and McGowan slotted the ball over the bar as the commanding lead was extended to 39-0.

In the 64th minute Longford were reduced to 14 players when Anthony Hughes was sent to the sin bin for a straight arm tackle.  Try as they might Portarlington could not make the extra man advantage count.

A 66th minute run by Eoin Bartley was augmented by Colm Glynn, before the sub 10 pitched a delicious offload to Derek Farrell, who crossed for a try to bring the score up to 46-0.

Justin Forde made up for an early burst of enthusiasm that saw him go off his feet five metres from the line by accepting a sweet pass and powering over for a try. McGowan wasn’t getting tired from kicking and the successful conversion brought it to 53-0.

Derek Farrell capped a stellar performance by adding another try to the magnificent tally and the final score at CPL Park was 58-0.  In such a deluge of scores it is easy to leave out the hard graft of defence in keeping Portarlington scoreless.

Centre partners Cormac Hughes and Shane Rodgers put in a pile of immense work for rampant Longford in this runaway win but next week will be a stern test. Both the first and second teams will be on the road to Railway Union and Longford will be hoping that the winning streak will continue.