Mullinalaghta facing the might St Vincent's for Leinster final place 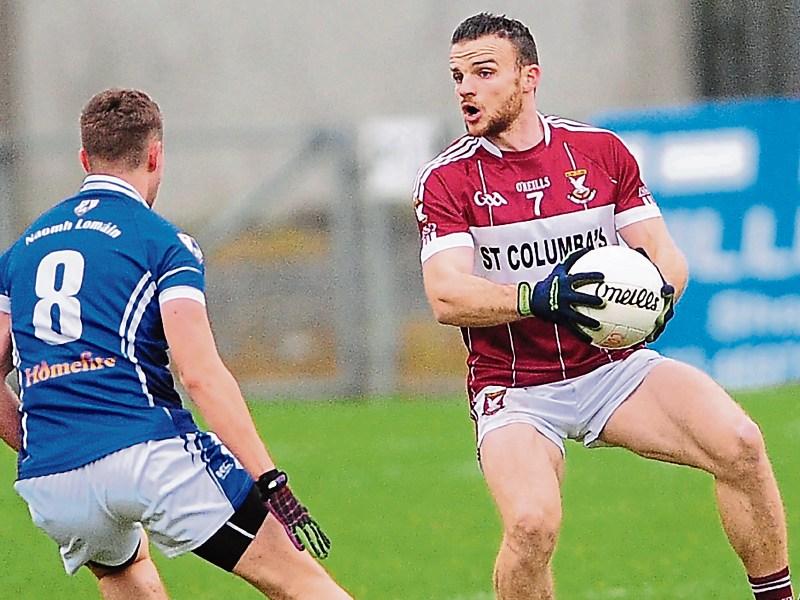 Never before has a team from Longford managed to reach the Leinster Club Senior Football Championship Final and Mullinalaghta are just one step away from making that historic breakthrough.

Clonguish (twice),  Cashel, Fr Manning Gaels and Killoe Emmet Og (twice) have all fallen at the penultimate hurdle in the quest for provincial glory down through the years and it must be said that St Columba’s are facing a daunting task against the might of St Vincent’s.

The Dublin champions, led by outstanding All-Star Diarmuid Connolly, will be coming to Glennon Brothers Pearse Park in a confident frame of mind despite a rather flat performance in the win over Palatine (Carlow) in the previous round.

With just eight days to recover from the tough battle to beat first time finalists Castleknock 0-15 to 0-10 in the Dublin SFC title decider, St Vincent’s suffered the setback of losing ‘marked man’ Connolly to a black card after just 19 minutes of the Leinster quarter-final clash at Netwatch Cullen Park.

Holding a slender two points lead at the break, the Marino machine gradually pulled away in the second half to come out on top with considerable comfort in the finish (0-16 to 0-8) and will be a lot fresher now with the two weeks break.

Winners of 28 Dublin senior football titles and who have also enjoyed six Leinster Club Championship triumphs, St Vincent’s have a tremendous tradition and are generally regarded as the favourites to capture the coveted All-Ireland crown for the fourth time this season in their quest to follow up the successes achieved in 1975/’76, 2007-’08 and 2013-’14.

The current St Vincent’s team really showed their true mettle when beating the well fancied Ballymun Kickhams by just a solitary point in the semi-final of the Dublin Championship and their cause has been strengthened by the addition of ‘outside’ players in Brendan Egan (Sligo), Enda Varley (Mayo) and Fiachra Breathnach (Galway).

All three have the distinction of winning Connacht senior championship medals with their native counties in the recent past and attacker Varley (who joined St Vincent’s this season) scored a couple of points for Mayo in the 2-11 to 0-13 defeat by Donegal in the 2012 All-Ireland Final.

Experienced Sligo defender Egan will line-out at right-half-back for St Vincent’s against the Longford champions and the fact that former Galway forward Breathnach was only brought on in the closing minutes of the Palatine match is a measure of the major challenge that will be confronting Mullinalaghta on Sunday next.

Apart from the obvious serious threat that their captain Diarmuid Connolly will pose at centre-half-forward, St Vincent’s can also call on the vast experience of deadly accurate corner-forward Tomas Quinn, the former Dublin star.

And the Dublin kingpins discovered another attacking jewel in Cormac Diamond, who sparkled in shooting five points (all from play) against Palatine. Gavin Burke is another dangerman in the strong St Vincent’s forward division who will take some stopping while Shane Carthy is a powerful presence at centrefield.

24-year-old Carthy, a member of the Dublin squad who retained the All-Ireland SFC title this year, fired over three points in the Palatine game and will be difficult to contain while the main man in the St Vincent’s defence is Ger Brennan.

The former Dublin defender is a commanding figure at centre-half-back for his club while St Vincent’s full-back Jarlath Curley has featured for the capital county in recent years but was unable to establish a regular place in the metropolitans squad.

Goalkeeper Michael Savage is the reserve netminder on the current Dublin panel and St Vincent’s manager Tommy Conroy (the former Dublin All-Star footballer) is working with a serious array of talent with his native club.

Needless to say, the odds are heavily stacked against the Mullinalaghta minnows in their bid to score a sensational shock win over the Dublin giants but home advantage is a definite plus and which proved to be the case in knocking out Stradbally (Laois) and St Loman’s Mullingar in the previous rounds.

St Columba’s will have to produce at least the same sort of high intensity against St Vincent’s in their efforts to rattle the raging hot favourites and Mickey Graham’s bravehearts will fight  very hard for the ball to repeat the fierce desire they have shown so far on their brilliant run in Leinster.

Mullinalaghta must make a big impact at midfield if they are to have any chance of causing a massive upset and if the capable pairing of John Keegan and David McGivney can succeed in achieving at least an even break who knows what might happen. Anything is possible!

There is plenty of scoring power in the St Columba’s attack, with the exceptional James McGivney leading the charge at centre-half-forward, while the strong half-back-line of Donal McElligott, Shane Mulligan and Conan Brady will be going all out to break down the St Vincent’s attacks and can depend on the usual great support from wing forward Gary Rogers who will be dropping back to help out the defence.