Clonguish up against Emmet Óg in under 21 'A' title decider 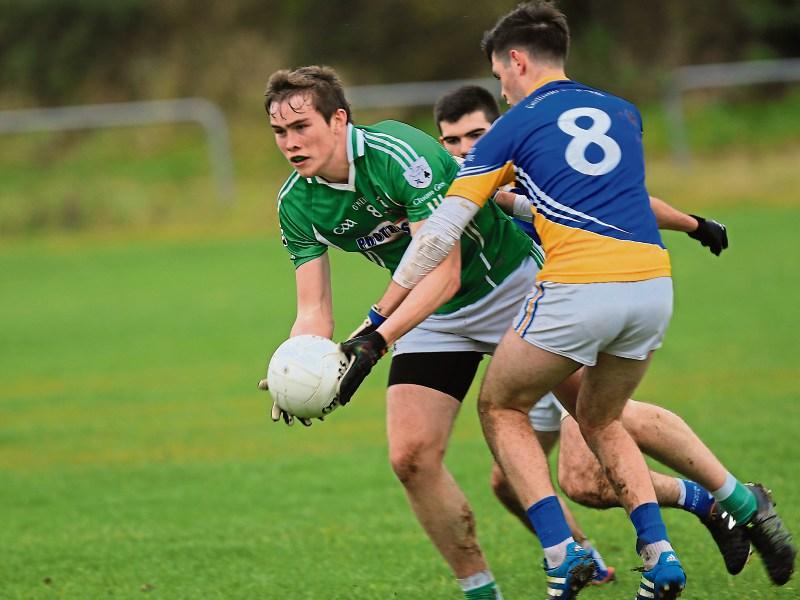 Emmet Óg have enjoyed a lot of success in the various grades this season and the Killoe club are the favourites to capture another title when they take on Clonguish in the Under 21 ‘A’ Football Championship Final at Allen Park on Saturday night next, throw-in 7pm.

Killoe are contesting the U-21 ‘A’ title decider for the sixth year in a row, which is a terrific achievement, and they will be determined to make amends for the bitter disappointment of the defeat in the final of this championship last season when they lost out to Colmcille.

Emmet Og were also runners-up in 2013 when they had to settle second best against Fr Manning Gaels but emerged victorious in the 2011, 2012 and 2014 finals and will be hard beaten in their quest to win another U-21 ‘A’ title.

Goalkeeper Shane Fitzpatrick, full-back Liam Hughes, midfielder Paddy Kiernan and attacker Larry Moran all started on the Longford U-21 team who suffered a surprise defeat away to Wexford in the opening round of the Leinster Championship back in February.

Other key figures for Killoe include Ryan Moffett and Brian Harte, along with forwards Shane Mahon, Jamie King and Ciaran Donohoe, and this trio between them accounted for the entire total of 13 points in the narrow win over the title holders Colmcille at Fr McGee Park on Sunday last.

Clonguish’s path to the final was more straight forward as they recovered from a comprehensive 2-17 to 2-6 defeat against Clonguish to score a narrow win over Longford Slashers by a couple of points in the next fixture in the group stage to qualify for the semi-finals.

Next up were Granard/Ballymore and Clonguish were in control right from the start as they eventually came out on top by the fairly emphatic  margin of seven points to move  a step closer to a first U-21 Championship success since 2000.

Centre-half-back Ronan Sweeney played on the Longford team who were beaten by Wexford in this year’s Leinster Championship and he will be hoping to make a big impact in the county final along with the probable midfield pairing of Peter Hanley and Ronan Duffy.

There is plenty of scoring power in the Clonguish attack with Colin Farrell and Alan Gregg capable of causing considerable problems after scoring 1-3 and 0-6 respectively in the semi-final against Granard/Ballymore.

Brian Sweeney, Alan Sorohan, Chris Gordon and Neil Devlin will also be going all out to make their presence felt in the forward division and while a close encounter could be in prospect (with Clonguish winning the toss for home venue) the indications are that Killoe are the stronger side and are fancied to win the U-21 Championship title for the fourth time in the space of six years.