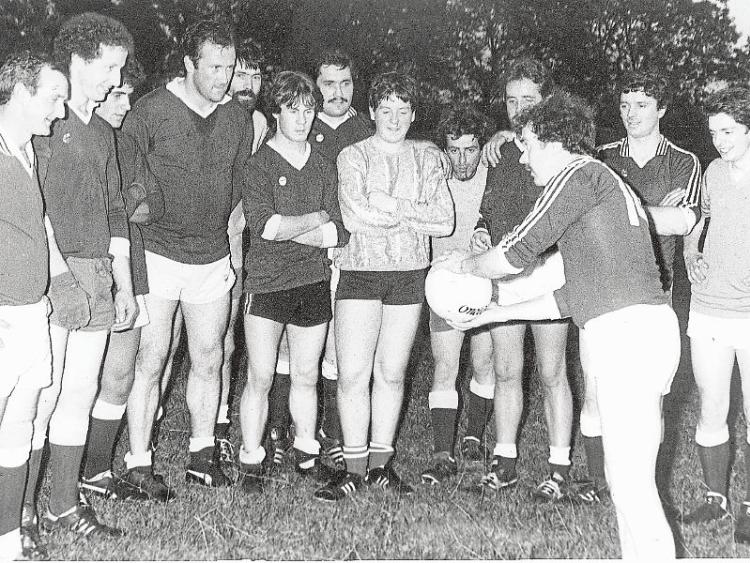 It will be a big night this Saturday night in The Vintage as one of the county’s smallest but most popular GAA clubs celebrates its 40th anniversary.

The wonderfully named Moydow Harpers are actually one of the oldest clubs in the county and were amongst the first five clubs affiliated but it fell by the wayside in the 1940s as emigration swept the country.

The club was first formed back in 1887 by a school teacher from Bornacoola, Michael Guihan, and it will surprise many to know that the Moydow parish was a strong hurling enclave in the early days.

It was reformed in 1976 by the famous Micko Doyle, PJ McDermott, the late Seamus Kenny and former Leader journalist John Donlon.

The club has been backboned down through the years  by a handful of families and never was this more evident than in 1986, when they scored a memorable junior league and championship double.

There were no fewer than eight members of the Dowler family on the panel: JJ, Martin, Padraig, Peter, Sean, Tony, Aidan and Brendan.

The club had a long wait for its first taste of success  and it came with the junior championship in 1937 when the team featured Mike Carrigy, John Joe, Mike and Jim Whitlow, Jim McGoey, Frank Keenan, Willie Orohoe (capt), Packie Higgins, Jimmy Farrell, Pat Malone, Jimmy Kelly, Paddy Blondie Farrell, Paddy  McGrane and Jack Donlon who passed away during the summer.

The business end of the evening will get underway at 9pm sharp with Joe Flaherty as the MC. Whilst there is no admission charge the club will be selling tickets for a massive hamper, which will be raffled off on the night.  The evening will finish up with the brilliant John Sweeney and his band Slider.