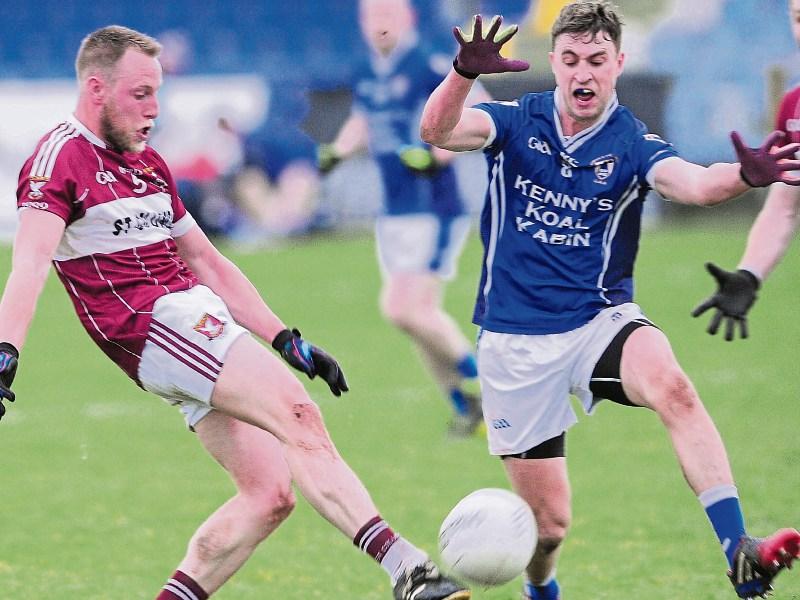 Mullinalaghta St Columba’s manager Mickey Graham is becoming repetitive at this stage as he once again praised his gallant side who created more history on Sunday last by booking their place in the Leinster Club SF Championship semi-final.

Speaking to the Leader after the game Graham said:  “It was a terrific win. I thought up until  they got the goal in the second half we were in control of the game. We were doing all the right things and then we got hit with the sucker punch. In fairness to the lads, we always finished games strong and it was a matter of hanging on in there. When they got back to draw level the lads showed great character and James McGivney scored a wonderful score. That gave us the momentum back. It was a 1 to 15 performance, even the lads that came on. They done themselves proud.”

As the year has progressed the Mullinalaghta side have grown in confidence and on Sunday they were full value for their win. Their boss said: “There is a calmness as well. When I first arrived at the club people would have said they were fiery, determined and are a hungry bunch of lads and I wouldn’t disagree with that. They are playing now with great maturity and the younger lads have learned so much. When games look to be going away from us they are just able to grind it out and finish strong.”

Graham made a big decision on Sunday to drop the impressive young James Mooney from the starting line-up and bring in the experienced Ruairi McElligott at full-back. He admitted it’s not about one player but the team as a whole.

“The one thing I emphasised from day one that it was always about the team; individuals will get you so far but it’s all about the collective team effort. You saw there today, James Mooney, outstanding for us all year and we had to make a sacrifice and leave him off. The game before it was the same with Ruairi McElligott.”

Next up for Mullinalaghta is St Vincent’s Dublin in the last four. Graham is well aware of the threat they pose but the Longford champions have nothing to lose and that’s the way they will approach the game.

“We are coming up against the team that are favourites to win the All-Ireland Club Championship. We are under no illusion of the task ahead. It’s a mountain to climb for us and the players know that. We will give them the respect they are due and just go out and be competitive. We are in bonus territory now so let’s go and express ourselves and see where we end up.”