Abbeylara confront Cashel/Killashee in U-21 'B' Final 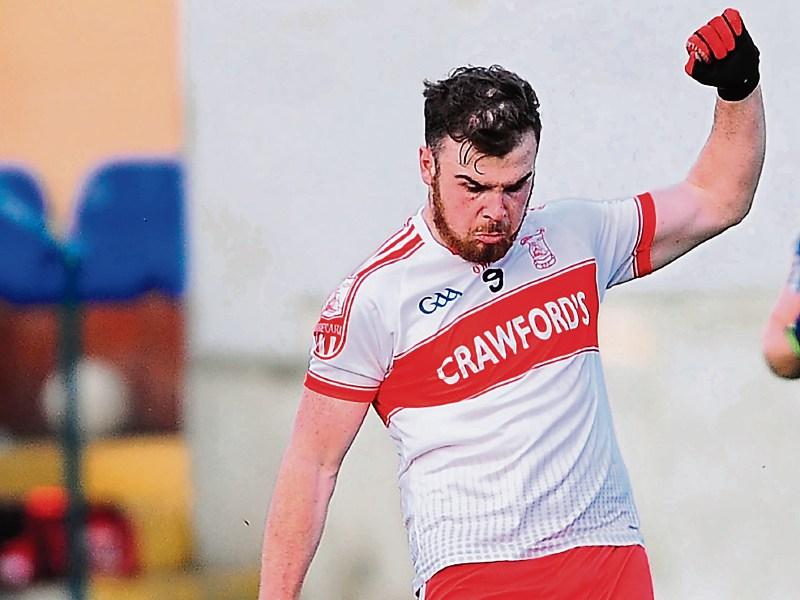 Abbeylara won their way through to the U-21 ‘B’ Football Championship title decider when they had the narrow margin of two points, 5-7 to 4-8, to spare over Rathcline/Grattans in the semi-final at Lynch Park on Sunday last.

The other semi-final was played at Pairc Chiaran on Saturday night and resulted in a victory for the reigning champions Cashel/St Brigid’s Killashee who got the better of Carrickedmond/Legan on a 3-8 to 2-5 scoreline.

The stage is now set for the final on Sunday next at Emmet Park, throw-in 12 noon, and a most interesting encounter is in prospect to determine the U-21 ‘B’ champions for 2016.

Abbeylara, who won the U-21 ‘B’ competition in 2014, are backboned by four players who started in the recent senior championship final against Mullinalaghta - notably Conor Berry, Nigel Rabbitte and the Brady brothers Cian and Russell - while Barry McKiernan is another key figure on the Abbeylara U-21 team.

The main men for the title holders Cashel/Killashee are the Farrell brothers Andrew and Conor, along with county minors Cillian Lee, Ronan Healy and Michael Burke, and the final will probably develop into a tight contest with Abbeylara given the vote to come out on top.

U-21 Championship: On Sunday last our Under 21 team qualified for the final of the Under 21 ‘B’ Championship when defeating Rathcline/Grattans in the semi-final  at Lynch Park on a 5-7 to 4-8 scoreline. Team and scorers as follows:- Shane Mulligan, Cian Brady, Aidan Brady, Killian Gallagher, P.J.Masterson, Aaron Dalton, Conor Berry (1-0), Barry McKiernan(1-3), Mel Brady,  Russell Brady(1-0), Anthony Reilly, Caolan Reilly, Nigel Rabbitte. Sub:- John Devine for Caolan Reilly.

Fixture: On Sunday next we play Cashel/ St Brigid's Killashee in the Final of the Under 21 ‘B’ Championship at 12 noon  at a venue to be decided and your support will be very much appreciated.

Drama Group: If you are creative or artistic and enjoy participating in a group, working on stage or behind the scenes you are invited to attend a meeting on Thursday, November 10th in the Parish Centre at 8.30pm and bring a friend. Who knows what your potential is? Could this be your long-awaited break to make a name for yourself in front of the floodlights?

Leinster Club Championship: Next Sunday our senior squad continue their quest for success in the Leinster club championship when we return to Pearse Park to take on St. Loman’s of Westmeath in the second round.  Check fixtures for throw-in. Again, we hope to see all our supporters out in the maroon and white.  Hats are still available at Cloonagh P.O.

U-21 Championship: Our U-21s made their exit from the championship on the Bank Holiday Monday last when beaten by Western Gaels.