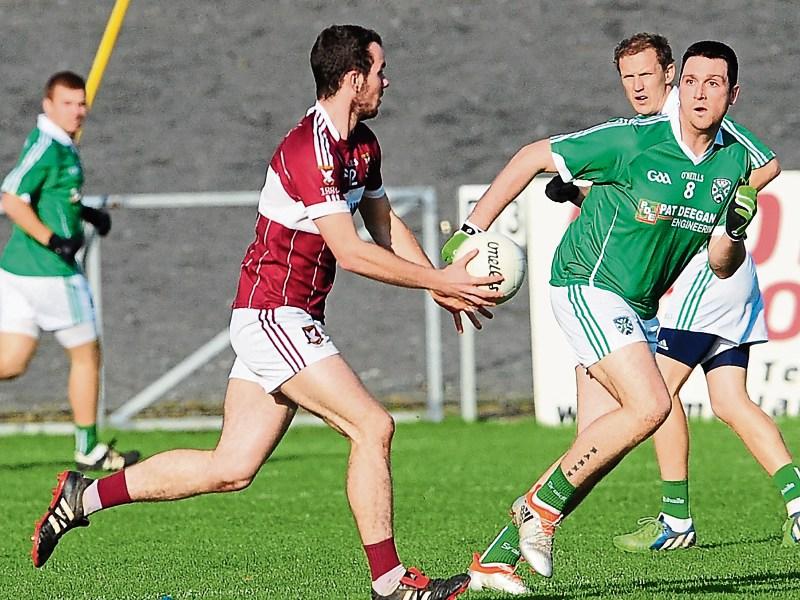 Over the years the Mullinalaghta side would have dropped their heads when they went behind in big games but not this year. Speaking to the Leader after the win over Stradbally Graham explained: “It was something that we talked about and we had a bit of soul searching earlier on in the year. It is something that we have worked on in training; we know we are going to find ourselves in different situations during the game and how we were going to adapt to them. It  eventually got into the players’ heads.”

After winning the Longford county title for the first time in 66 years, it would have been easy to think that the Mullinalaghta club would settle for that. Graham and the players had different ideas; they wanted to give Leinster a run and to do well.

Graham said: “I told the lads that they had waited so long for success. Only thing is when these days come along you have to enjoy them, because you don’t know when they are going to end. I told them not to have any regrets in seven or eight years time. There was no pressure coming in, no matter what way the result went today, everyone in the parish and their families were proud of them. The lads said they wanted to give it a real go and have nothing to lose.”

Due to the game plan that Graham wanted to execute Michael Cunningham earned a start and he rewarded his manager with a fine performance.

“Mickey has been unlucky this year. We have six forwards and they are a good unit. We have been lucky that we have had no injuries and Mickey has been unfortunate because of that. Everytime he has been asked to come in to do a job he has went in and done it. I was delighted for him today, he stepped up to the mark when we needed him,” Graham said.

Next up for Mullinalaghta is Westmeath champions St Loman’s Mullingar and Mickey admitted they are going to prepare for that game just like they had against Stradbally. “We played at a high intensity today and will approach the next game with the same attitude,” concluded Graham.