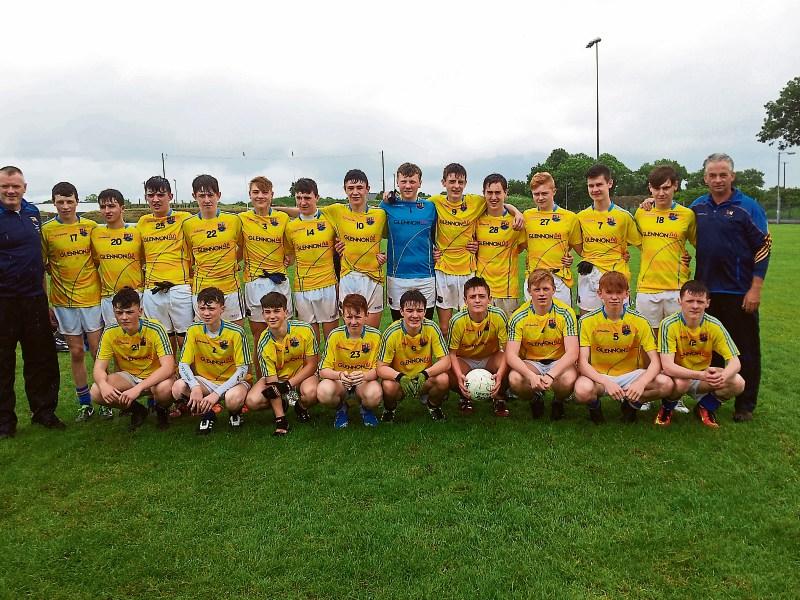 A superior Offaly side ended Longford's interest in the 2016 Fr Manning Cup when the visitors cruised to a very easy win at McGann Park, Kenagh on Thursday night last.

The wide margin of 15 points separated the teams in the finish as the home county crashed to  a heavy defeat in the remaining group fixture, having also lost to Sligo in making a tame exit from the U-16 football tournament.

It was a most disappointing defeat for Derek Duggan's charges, who trailed by 3-4 to 1-3 at the break against Offaly and things went from bad to worse in the second half.

There is a chance of some consolation for the Longford U-16 footballers who play Louth in  the semi-final of the Fr Manning Plate confined to the teams that finished bottom in the four groups in the competition proper.

Longford began well with three excellent points from Dylan Farrell, Jordan Shiels and Aidan McGuire but their good spell was short lived when Kevin McDermott finished a goal line scramble to the net for the first of Offaly’s four goals.

Over the next 10 minutes Offaly added further misery to the Longford cause with two more  goals from centre-half-forward Ian Daly. Conceding 3-2 in the space of 15 minutes gave Longford a near impossible task in the second half.

Dylan Farrell's rocket of a goal reduced the gap to seven as Longford trailed by 3-4 to 1-3 at the break. Offaly continued to dominate on the changeover in outscoring poor Longford by 1-10 to 0-4 with the goal coming in the early stages.

Dangerous corner-forward Conor McCarthy hit 1-1 in the opening 10 minutes of the second half with excellent forward play and Offaly ran out very easy winners. .

At least there was some good news for Longford underage football as the U-17 squad have reached the Damien Reid Cup Final with a one point victory over Fermanagh last Friday night in advancing to meet Cavan in the title decider.