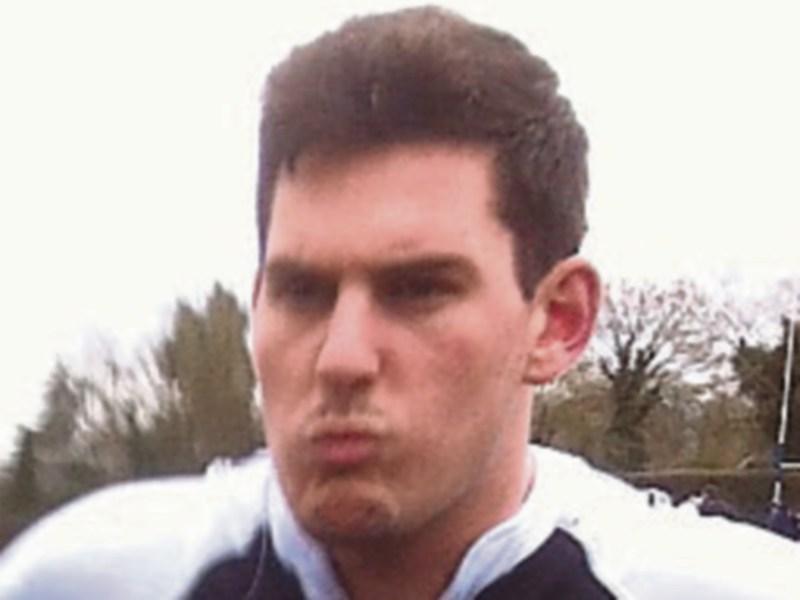 Longford’s First XV registered another victory in the Leinster League when  producing a most impressive display in rattling Roscrea who crashed to  a 37 point hammering at CPL Park on Sunday last.

Line breaks from backs and forwards were well supported and the Tipperary side looked frazzled even from an early stage. Every defensive weakness was exploited and the staunch efforts of the Roscrea team to eke out a try in the closing stages was met with the same solid defence as the home team had mounted in the opening of the game.

Early markers were set out with big hits being the order of the day from both sides. Longford’s only poor penalty was the initial one and even though it was on the 40 metre line outhalf Peter Quealy pointed straight at the posts. The 10 kicked straight over in the third minute and put Roscrea ahead 3-0, the only time they would lead in the contest.

Longford responded immediately with Joe McGowan punishing a ruck infringement with his boot. This was added to when a Ciaran Kennedy run sliced open the defence.  The full back got a sweet kick through before he was double hit, late and high. Daniel McHugh chased a hack on and the out half showed impressive pace to ground for his team's first try. McGowan’s conversion left it 10-3.

The referee then addressed the foul play and the visiting 8 ended up on the sideline for 10 minutes. Even though down to 14, Roscrea  managed to claw three points back thanks to a long range effort from Quealy.

Kennedy was recovered enough to again bamboozle the defence, execute a soft hand pass to Hubie Connolly.  Connolly stuck the defence, but Eoin Bartley still had work to do before he went wide and then grounded under the posts with less than ten minutes gone. Again McGowan converted to put the score at 17-6.

It was all Longford as the men in black exploited every chink in the visitors armour. Scrum half Neil Farrell was next to score and sniping from the back of a ruck the 9 eeled his way over the line to bring the score to 22-6. Quealy endeavoured to keep Roscrea in the contest with another shot at distance and his accurate kick left it 22-9.

The bonus point beckoned as the first half drew to a conclusion, and Longford were playing with thrilling style, but the break came with just three crosses of the white line.  Right from the restart cuts by Benny McMahon, Paul Gallogly and Derek Farrell all pounded through defence with Daniel McHugh and Cormac Hughes executing more line breaks.

The trio of Forde, Connolly and Quinn demolished their opponents at scrum time and early in the second half this yielded another penalty that McGowan converted. The 25 points changed to 32 when Kennedy got a well deserved score with a superb line and McGowan added the conversion.

The next try was Gallogly’s who gave a piggyback to a couple of the Roscrea men on his way to the line. Again McGowan added the conversion to the tally. Fittingly enough the final score came from the base of the scrum with Derek Farrell the scorer this time. With the score at 46-9 Roscrea started the hunt for a consolation score.

Longford showed great character to contain the visitors and not let any sloppy defending creep in. The composure to keep discipline was exemplified throughout the line, with the cool heads like Ronan Keith ensuring that concentration levels were maintained.

This was a fine display by Longford and the next game is in Newbridge at Rosetown on the 6th of November and they will be hoping to continue this fine form.