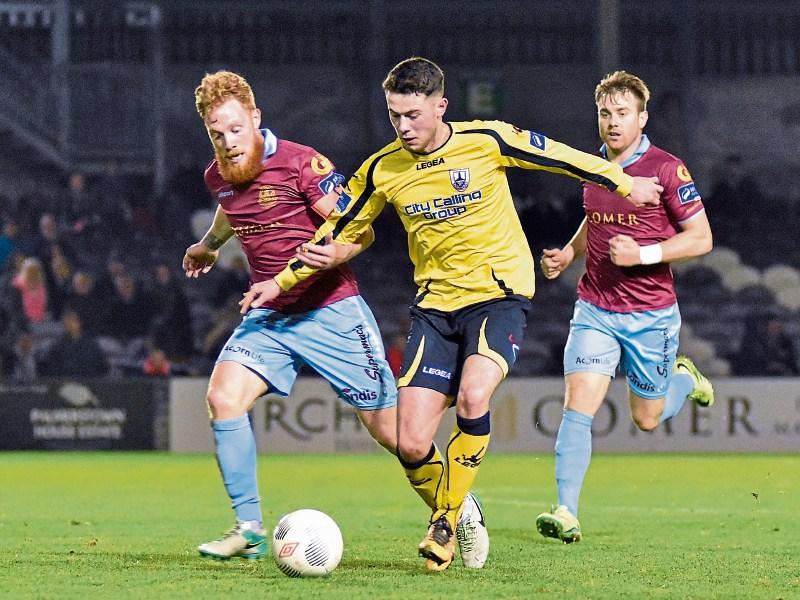 After two years back in the Premier Division, the Town return to the wilderness of the First Division and a real wake up call for everyone involved in the club.

Looking back at the 2016 season one would have to say it was a very poor one for the club and let’s hope that we can bounce back immediately, just like Limerick have done.

Limerick were fortunate that they had a very good squad when they were relegated and the club backed their manager Martin Russell as they chased promotion back to the Premier Division.

Limerick had quite a few experienced players in their squad and Russell got the go ahead to bring in a few players to strengthen the squad and they are now  back in  Premier Division football.

Getting back to our situation in Longford, hopefully Alan Mathews will bring in a few experienced players to make a shot at getting back into the top flight at the first attempt.

Mathews will need the backing of everyone in the club if he is to get the team back up where they belong in the Premier Division.

Supporters visiting City Calling Stadium will agree that our ground is one of the best in the league and it is a pity that it will only house First Division games next year.

At this stage it it time to plan for next season and there is an urgent need to get everyone behind the club and get things going again for the future. We need the supporters in the stand getting behind the team and we also need Section O back in full voice, either in the stand or on the opposite side of the ground where they are normally situated.

Looking forward to next Friday’s night game one has to say that Alan Mathews will be looking to get a good result against one of the biggest clubs in the country.

Over the years Shamrock Rovers were the team to beat as they were the most successful club in the League of Ireland since it was formed.

On Sunday evening last last Dundalk won the league title for the third year in succession, a tremendous feat that was only achieved by three other clubs and one of them was Shamrock Rovers who won the title for four successive seasons.

Rovers are also the highest winners of the FAI Cup but have not won the famous old trophy for many years. At the moment the Tallaght based club are looking for a new manager and they hope to make an announcement on the situation in the coming week or so.

In the previous two meetings between the clubs this season the Town lost on both occasions, going down 2-0 in the first fixture at City Calling Stadium while the second clash finished 2-1 in favour of Rovers at Tallaght Stadium.

Last Friday night the Town travelled to Eamon Deacy Park and despite being short regulars due to injury, the lads battled hard for a 0-0 draw.

Going into this Friday’s fixture against Shamrock Rovers it is hard to believe that the Town have failed to win a league game at City Calling Stadium this season which is a dreadful statistic.

Against Galway last weekend, Alan Mathews had to plan without the services of Pat Flynn, Noel Haverty, Don Cowan and long term absentee Cody Mulhall and to make matters worse both Kevin O’Connor and Peter McGlynn were forced to retire injured during the course of the game.

Shamrock Rovers have been fielding a few promising young players  this season with many of their experienced men left out of the starting team.

Stephen Bradley, who is Head of Shamrock Rovers Academy, has been caretaker manager for the club and he has given the talented lads from the U-19 squad the opportunity to graduate into the first team squad.

Hopefully, a big crowd will be at City Calling Stadium on Friday night to watch Longford Town play their final fixture of the season in the Premier Division.