Longford Town make a point in draw away to Galway United 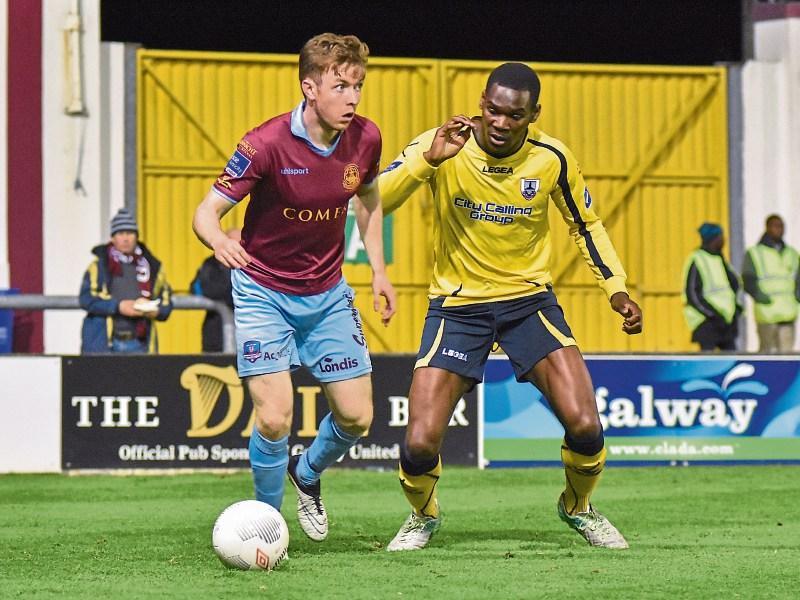 After a dismal run of four straight defeats, relegated Longford Town picked up a point in a draw against Galway United at Eamon Deacy Park on Friday night last in their final away game of the season in the Premier Division.

Town manager Alan Mathews had to make a late change to his starting team after central defender Pat Flynn failed a  fitness test and he was replaced in the back four by Yann Mvita.

With nothing but pride to play for, this meaningless fixture was always going to be rather uneventful and that’s exactly how it materialised.  Galway had the best of the chances in the first half while David O’Sullivan missed a glorious opportunity to score a goal for Longford in the 69th minute when shooting wide.

Galway had an early chance but Kevin Devaney’s shot was blocked by Yann Mvita and out for a corner. Gary Shanahan then tried his luck but his effort was saved by Town keeper Paul Skinner.

The home side went on to create further chances with another effort from Devaney deflected out for a corner while soon after Ryan Connolly set up Stephen Folan but he headed the ball over the bar.

The Town had a chance in the 19th minute but Kealan Dillon’s free-kick was intercepted by Galway defender Killian Cantwell before Kevin O’Connor could get to the ball. Minutes later O’Connor crossed to O’Sullivan but he was denied by a fine save from the Galway netminder Conor Winn.

Galway got back on top to create a couple of chances in quick succession but first Yann Mvita and then Paul Skinner kept the home side out as half-time approached.

Galway had the first chance of the second half but Skinner saved from Shanahan and then Conor Melody shot over the bar. Shanahan should have done better minutes later when he had another chance to break the deadlock after collecting a pass from Ryan Connolly but his touch let him down and Skinner was able to clear the danger.

Shanahan was again the main threat in the 62nd minute but Skinner was quick to react and was able to gather the ball. In the 69th minute the Town could have scored when Connolly’s back pass to keeper Conor Winn was short and David O’Sullivan nipped in to pounce on the ball - only to shoot wide.

O’Sullivan set up Eddie Dsane minutes later but his effort was deflected out for a corner. Galway then launched another attack with Yann Mvita doing well to cut out a cross from Shanahan in the 76th minute.

As the clocked ticked down Galway went searching for a winning goal while the Town were content to sit back and soak up the pressure. In the 90th minute Devaney set up substitute Padraic Cunningham but he was prevented from scoring by the legs of Skinner.

Deep into stoppage time Galway tried to carve out another chance; Connolly got into the box and played the ball back to Josie Garcia but Town substitute Karl Chambers did well to clear the danger as the visitors held out for a draw.