That sinking feeling against Sligo... 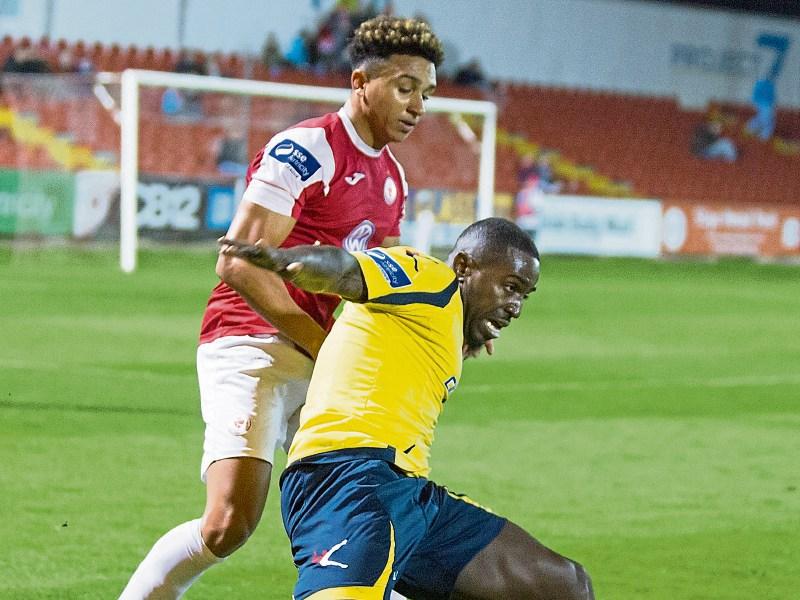 Needing a positive result to keep alive their faint hopes of a remarkable recovery, Longford Town suffered a shattering defeat against Sligo Rovers at the Showgrounds on Friday night last as the club now prepare for life in the First Division.

And relegation became a reality with Wexford Youths holding out for a 5-4 win over Galway United after leading 5-0 at one stage of the second half in a thriller at Ferrycarrig Park and thus move nine points ahead of the Town.

A sad story, to say the least, for lowly Longford after spending just two seasons back in the Premier Division.

A lot of the goals they have conceded this year have been mistakes and it was a goalkeeping error that cost the Town dearly in Sligo; Kieran Sadlier capitalising on a blunder from former Rovers keeper Ryan Coulter to score the only goal in the 13th minute.

It was always going to be a very tough task for the Town in the last four games but with just two wins in the league all season the damage was done long before the game in Sligo.

After the high of finishing sixth last season, many of the optimistic supporters felt that the club could repeat that fine feat in the current campaign but the departure of top players – most surprisingly released by manager Tony Cousins – and poor quality signings made it clear from the start that Longford were facing a fierce struggle to retain their top flight status.

The Town have been at the bottom of the table since very much the beginning of the season even though they did start well with a win away to Wexford Youths but then went on a dismal run. It was hoped that the mid-season break in June would bring about a change in fortunes but when they lost to Finn Harps on the resumption of the league, the decision should have been taken then by the board to put a new manager in charge.

Cousins did eventually resign in August following a devastating defeat away to Wexford Youths and despite beating Harps away under new manager Alan Mathews, it was clearly evident that the Town were not going to stay up.

Reflecting back to the action at the Showgrounds on Friday night last, Sligo controlled the first half and while the Town were dominant for most of the  second half they

Mick Leahy had an early chance for Sligo but he fired Sadlier's cross over the bar. Minutes later Sadlier was on target; Tobi Adebayo-Rowling picked him out and his low shot was fumbled by Coulter who let the ball slip between himself and the post.

Longford  had a chance in the 18th minute but Don Cowan headed Peter McGlynn’s cross wide and then Jamie Mulhall blocked a Raff Cretaro effort for Sligo in the 23rd minute.

Coulter was lucky in the 30th minute not to see red when he brought down Phil Roberts but he avoided getting sent-off as referee Rob Harvey was lenient in showing the Town keeper a yellow card for the cynical foul.

Longford started the second half brightly and with five minutes gone on the clock Sligo keeper Ciaran Nugent made a fine save to push Kevin O'Connor's effort around the post.

O'Connor was unlucky to hit his next effort narrowly wide in the 67th minute while Philip Gannon shot straight at Nugent soon after.

While the Town were in control, they could have conceded a second goal in the 79th minute when Sligo substitute Daniel Kearns just failed to connect with Cretaro’s ball into the box.

With the news of the dramatic turn of events down in Wexford filtering through, the Town continued their search for the equaliser but a lifeline failed to materialise. Philip Gannon’s strike was blocked by Sligo opponent Craig Roddan in the 82nd minute and David O'Sullivan was unlucky with his effort shortly after following a corner from Kevin O’Connor.

With the final whistle approaching, Pat McCann had a chance to get a second goal for Sligo but he shot over the bar and the time was up for Longford Town in fighting a losing battle to avoid automatic relegation from the Premier Division.