"I always knew we had the quality to win it" 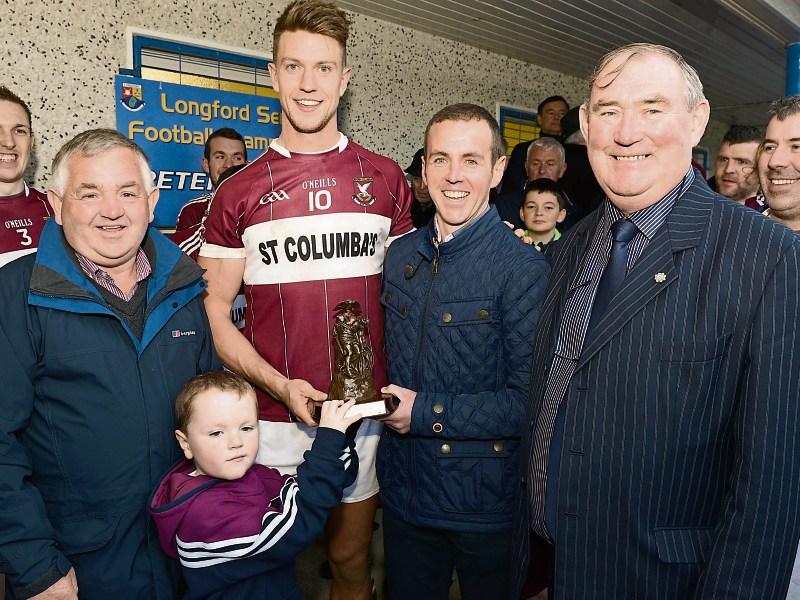 The mantle of Man of the Match is always an honour that throws up plenty of debate and intrigue.

In the end, and following much deliberation from County Board Chairman Brendan Gilmore at the conclusion of proceedings on Sunday evening, that award went to Mullinalaghta’s John Keegan.

The towering midfielder was immense throughout during his side’s historic 1-8 to 0-8 victory over near neighbours Abbeylara.

Time and again the Cloneen man could be seen plucking several high balls from the murky Longford skies before setting his team in motion towards the Abbeylara goalposts.

“Obviously it’s great to pick up this award but really it’s a testament to the talent that is in this group of players,” he said.

“I said during the week 66 years is a long time and that we had the quality to go on and win it. We were always just looking to reach our potential. That’s all we were asking for and today most lads reached close to their potential.”

Like his manager before him, Keegan hinted that the half-time changeover might have come at just the right time.

“We weren’t panicking at half- time.

“We knew it was always going to be a very close game. We had talked about it a lot and in the build up to the  final that the games we have had with Abbeylara are always very, very close.

“That was the case again today. There have been an awful lot of draws between us in the past and we knew this game was going to be no different.

“We didn’t panic and we knew the wind would be in our favour in the second half.”

Little did he or those watching on from the terraces realise that restoring parity would come so soon after the interval.

Once it did, through a well taken Aidan McElligott goal, Keegan and Mullinalaghta didn’t look back. “The goal was a turning point where we got our noses in front and the important thing from then on was to stay in front which we did,” he said.