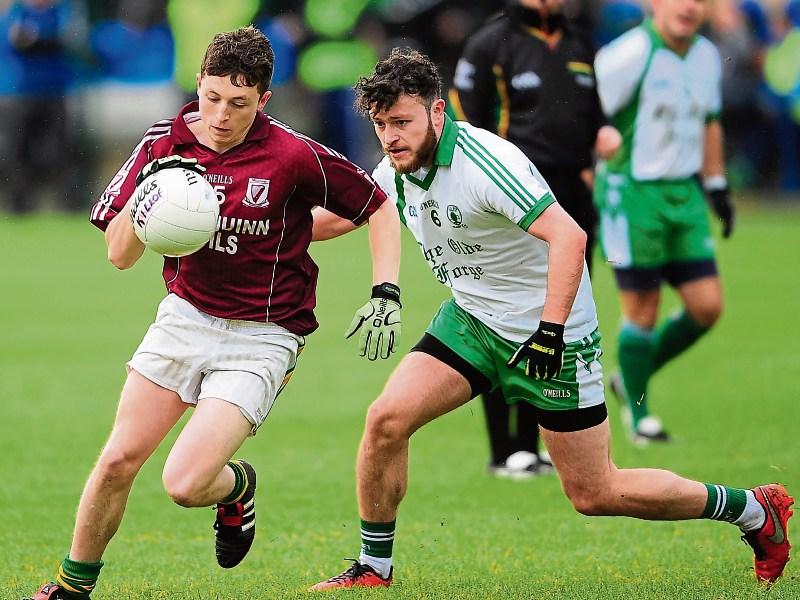 After their great achievement in reaching the Leinster Club Junior Football Final last year, only to lose out to Curraha (Meath), St Brigid’s Killashee embark on another adventure into the provincial championship but are well aware that they are facing a difficult task against O’Dempsey’s (Laois), situated on the outskirts of Portarlington.

In taking a significant step up to Intermediate level in the Leinster Club Championship, St Brigid’s will enjoy home advantage for the clash against O’Dempsey’s at Glennon Brothers Pearse Park on Saturday next, throw-in 2pm.

Winning the Longford Intermediate title was the main objective for Killashee, which was achieved with a convincing triumph over Cashel in the county final last month, and they are now in bonus territory in the hope of making some progress in the Leinster campaign.

St Brigid’s manager Ray Curley will instill the usual self belief into the team as they attempt to spring a surprise against O’Dempsey’s, a well established senior club in Laois for many years (twice winners of the county senior title in 1963 and 1980) but who suffered the completely unexpected setback of relegation last season.

The recovery was quick for O’Dempsey’s as they made an immediate return to the top flight but done it the hard way in coming from seven points down in the final quarter to eventually topple Timahoe by the minimum of margins, 1-13 to 1-12, in a thrilling Intermediate title decider at O’Moore Park.

A clear sign of a good team to survive under such pressure but the ability was there when you consider that O’Dempsey’s reached the county senior championship semi-final a couple of years ago, losing out to Portlaoise, and who ran the same quality opposition close in the 2013 SFC quarter-final when four points (1-17 to 1-13) separated the sides in the finish.

The key men on the O’Dempsey’s team are current county player Conor Meredith and former Laois defender Peter O’Leary, along with Peter’s brother Stephen who will feature in a fast moving attack.

Meredith will line-out at centrefield while Peter O’Leary looks set to command the full-back position with Robbie Kehoe another prominent defender on a well-balanced O’Dempsey’s outfit who contain a good mix of youth and experience.

While it looks like St Brigid’s are up against it on Saturday, they will not be lacking their usual bite in the role of the underdogs as was the case when they made it through to the Leinster Club junior title decider last year.

Very content with their current status as Longford Intermediate champions for 2016, Killashee will be determined to produce their best against O’Dempsey’s and at stake is a home game against the Kildare title winners in the Leinster quarter-final a couple of weeks later.

Captain Gerard Evans will marshall the defensive unit who will battle hard for every ball while Emmet Skelly is capable of winning considerable primary possession at centrefield in his efforts to provide the St Brigid’s attack with a decent supply of the ball.

But a big blow to their chances of causing an upset is the absence of the injured Willie Skelly, the chief marksman, while Francie Dolan emigrated to Australia this week.

Michael Farrell and Mel Shanley posed a big threat in the county final win over Cashel, the latter firing over three vital points in the second half, while county minor Cillian Lee is effective in the roving wing forward role.

While the general opinion is that O’Dempsey’s are the stronger side and regarded as  the firm favourites to advance a stage further, St Brigid’s are  bidding to make the most of the bonus of competing in the higher grade of the Leinster Intermediate Club Championship.