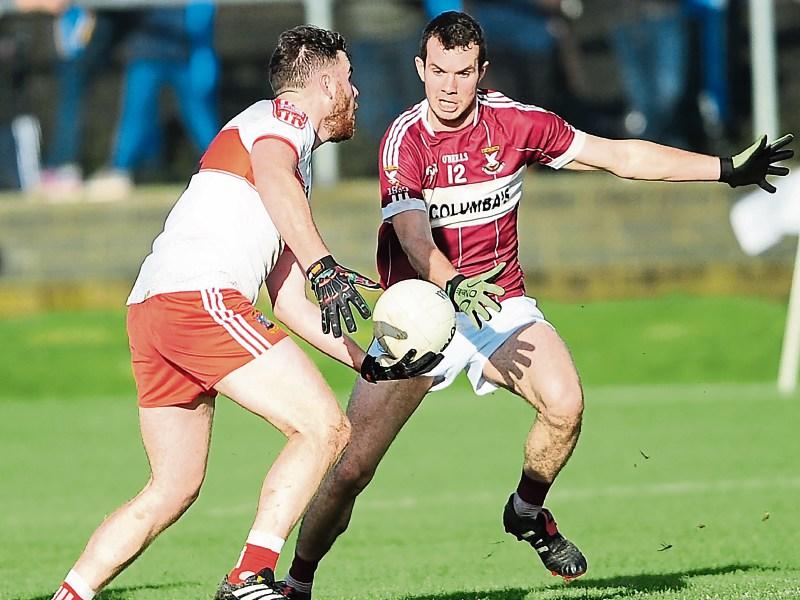 For those who know him best, Mickey Graham has always been noted for his free talking and exuberant approach to football management.

That same sense of fervour was in rich supply on Sunday evening as Mullinalaghta secured their first senior county title since 1950.

Their return to the top table of Longford senior club football was something  which was certainly not lost on the Cavan Gaels clubman.

“It will take a couple of hours to come down of the high at the moment,” said Graham in a raspy almost inaudible tone.

“It’s been a rollercoaster. Every game we went into this year we were slight underdogs and we just seemed to be able to grind out results all the time.”

This, after all, was his first season in charge of an outfit that had gone 66 years without winning the senior championship title.

Graham though, was more keen to divert the spotlight away from himself and towards a 31 strong panel of players who brought that long wait to an end on Sunday evening.

“I have to say though, this was all about the players.

“They were the ones who put in the effort, they are the ones who came and turned out for training every night it was asked of them and I am delighted for them because at the end of the day you get out of football what you put into it.

“There wasn’t one man that cut corners or made up excuses looking not to train. They rolled up their sleeves and they deserved that win today.”

Thirty or so minutes in, footballing neutrals would perhaps have taken issue with that assertion as Abbeylara went in leading by 0-5 to 0-3 at the break.

Graham though, has been around the game long enough to know county final deciders are not won and lost at half- time.

Buoyed by a strong breeze in the second half, it was the fired up Mullinalaghta side who came out with all guns blazing on the changeover and within seconds were ahead.

That came courtesy of an Aidan McElligott goal, a strike Graham admitted was the game’s decisive score.

“I was delighted at half-time,” he said.

“I knew we were playing against a strong wind and I knew we had a couple of chances to get scores that we missed.

“I knew with the wind in the second half we would get them. I just told the boys to stay calm, not to panic and that the opportunities would come.

“I always knew a goal would be the difference and when we managed to get it right at the start and get our noses in front I always felt we were going to stay there.”

And that they did, closing out the game with three points to spare in the finish.

Graham was more dispassionate however when asked if he had dared to even contemplate forging an even choppier path through the waters of an upcoming Leinster Championship campaign.

“I haven’t even looked to see who we are playing to be honest,” he confessed.

“Winning the county was always our aim and we got there.

“We will enjoy the next few days, the lads will let the hair down and then we will sit down and have a look later on in the week as to where we go from here but for now it’s just about enjoying the occasion.”