Early second half goal the key to Mullinalaghta success 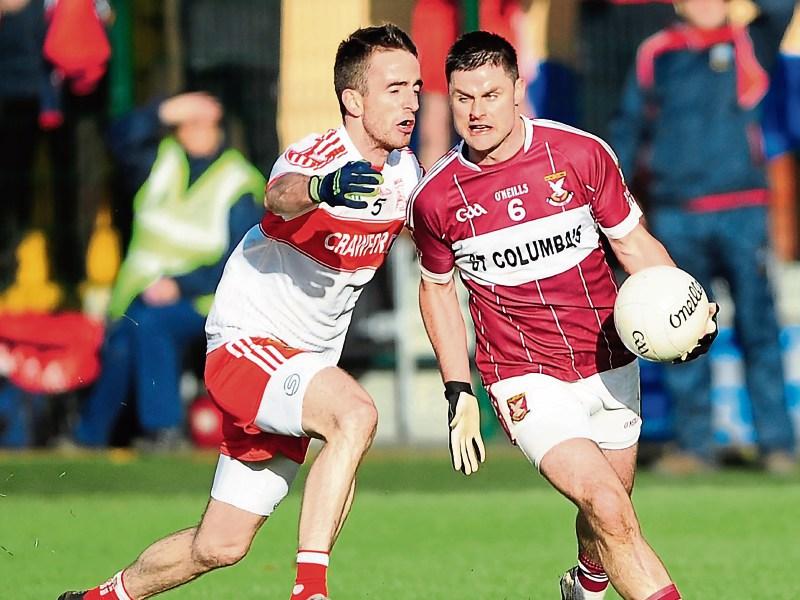 Mullinalaghta St Columba’s captain Shane Mulligan confided the enormity of what he and his fellow team-mates have achieved will take time to sink in.

“It’s very hard to put into words,” he said when asked to weigh up his emotions on Sunday evening.

“It’s a fantastic day for the community and for the parish.

“We had a good build up right from the start of the year and Sunday was all about finishing it off.”

Mulligan, a former county footballer, has been a mainstay of the Mullinalaghta St Columba’s half-back-line engine room for much of the season.

In his early 30's, the Cloonagh man was the second most senior member of the Mullinalaghta’s starting fifteen behind midfielder Ruairi McElligott.

That experience proved an invaluable tool as the game wore on as as Mullinalaghta steadily began eating into Abbeylara’s half-time supremacy.

“We started slow and they were able to get ball into Robbie (Smyth) who was able to turn in the pockets and put some scores over but we knew we had the wind in the second half which when we were out on the pitch was quite considerable.

“We were under the cosh for a while but we we always felt that we were slowly building into the game and we were well in contention.

“The goal was a huge turning point though and put us ahead at just the right time. After that we played some decent stuff and we finished strong with David (McGivney) kicking some great frees and Jayson (Matthews) getting on the ball too.”

A Garda by profession, Mulligan opted to use the quintessential “right to remain silent” riposte when pressed about if he intended taking a few days annual leave to mark the occasion.

“We will enjoy the next few days,” he said.

“From the start of the year we have been targeting today. The sole purpose was always about reaching the Co Final and getting across the line.”

More immediate was his desire to heap praise on the man many have credited with orchestrating Mullinalaghta’s re-emergence from the footballing doldrums-manager Mickey Graham.

“From the first time he walked into Mullinalaghta it just felt right.

“The enthusiasm and passion he has for the game is just so infectious.

“You can see it on the line, he just wants to be out there kicking and that seeped right through to the players.

“I can’t speak highly enough of him.”