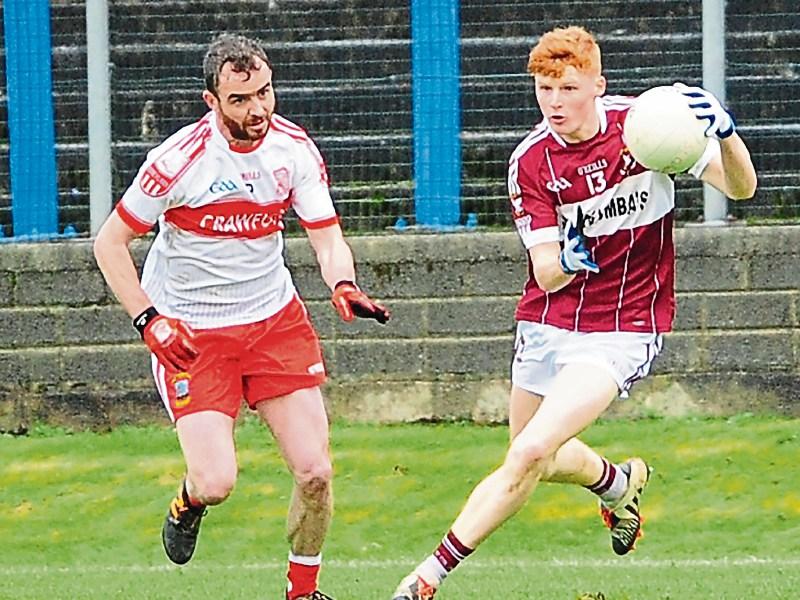 It was an understandably rueful Maurice O’Connor who attempted to evaluate his side’s disappointing Senior Championship final defeat to Mullinalaghta on Sunday last.

Looking on from the sideline as a sea of maroon and white descended on to the pitch moments after the final whistle sounded, O’Connor accepted defeat in magnanimous style.

“Nothing went wrong really,” he said, as several supporters offered their hand to the Abbeylara supremo.  “Mullinalaghta got their goal straight after half-time and it lifted them and drove on from there. We were on the back foot  and that was basically it.”

His reference to Aidan McElligott’s goal so soon after half-time was undoubtedly the game’s turning point.

Until then, his charges had looked relatively comfortable and by his own admission should have been further ahead than the two point cushion they enjoyed at the break. “The goal changed things,” added O’Connor.

“We should have been further ahead at half-time and we weren’t but we were still in a good position. The goal straight after half- time made a major difference and Mulllinalaghta pushed on.”

Not one for making excuses, Abbeylara manager O’Connor refused to point the finger at the unsavoury conditions, instead laying claim to his side’s difficulty to establish a foothold at centrefield.

“We played our semi-final and quarter-final in windy and wet conditions so no I don’t think that had a factor in how things went.

“We were trying to get a grip around midfield and we tried to change things up but we just didn’t manage to do it and they (Mullinalaghta) kept their grip and saw the game out well in the end.

“They looked a bit hungrier in the second half. I am not saying our guys weren’t hungry for it but when they had that bit of a cushion it just seemed to lift them.”

Despite his obvious disappointment, O’Connor was at pains to stress those who lined out last Sunday were intent on rewriting the script in 12 months time. “There is a good squad there, a squad that was hungry to win it this year but now it’s up to themselves individually to regroup and drive on (for next year),” he said.

Whether O’Connor  will remain at the helm and attempt to guide his native parish to a third successive county senior final appearance only time will tell.