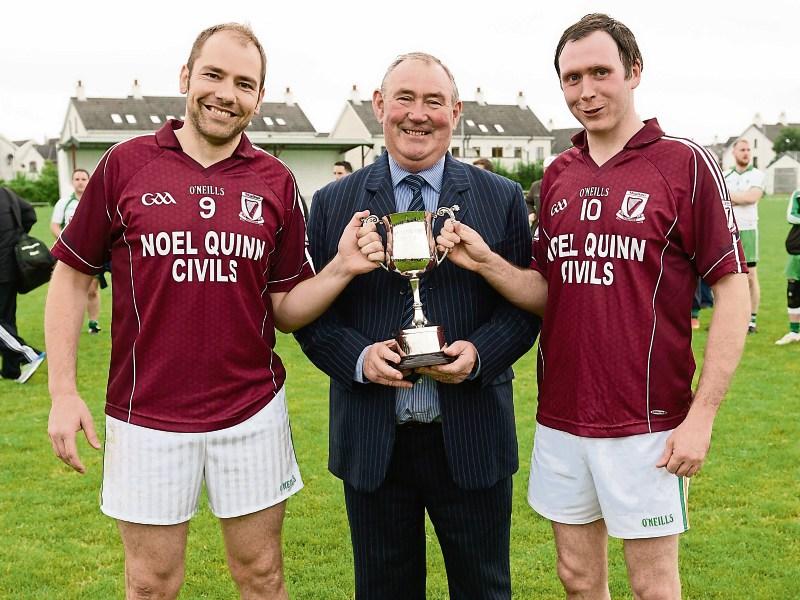 With no Junior  Championship this year, the Intermediate ‘B’ competition was resurrected and through to the final are Ardagh/Moydow and Killoe who clash at Glennon Brothers Pearse Park on Sunday next, 2pm.

The amalgamation will be fielding their second string against the Emmet Og third string in the curtain-raiser to the senior football championship final between Abbeylara and Mullinalaghta St Columba’s.

The Intermediate ‘B’ Championship finalists clashed in the Reserve  Football League 3 Final during the summer and while Ardagh/Moydow scored a convincing 6-4 to 2-7 victory in collecting some silverware,  Killoe are probably in a position to field a stronger side on this occasion and thus a much closer contest is expected.

Most of the players who featured in the Reserve League 3 title decider will be back in action at Pearse Park on Sunday next and getting the chance to play on the same programme as the county final is a big boost for both squads who are committed, regardless of the low status of this competition.

Ardagh/Moydow cruised through with very easy wins over Young Grattans and Shroid Slashers before beating St Brigid’s Killashee 1-14 to 1-3 in the semi-final while Killoe overcame Colmcille, Sean Connolly’s and Abbeylara on their path to the Intermediate ‘B’ final.

A key figure on the Ardagh/Moydow second string is centre-half-back Brian Farrell while Michael Lynch, Cathal McGlynn, Shane McGlynn, Fergal Farrell, Frank Galvin, David Farrell, Paul Stuart and Cathal Hilliard are also capable of playing a prominent part in a game that could go either way.

A hesitant vote goes to Killoe to capture the Intermediate ‘B’ Championship title on the basis of the benefit of that hard earned win against the Abbeylara third string at the penultimate stage.