It's a family affair for Abbeylara ace Colm P Smyth 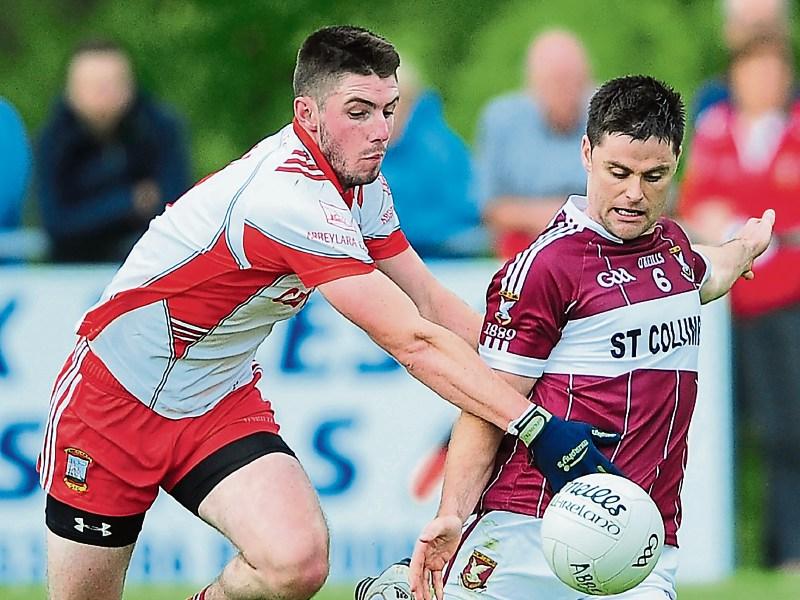 Colm P,  Barry,  Cormac and Brian Smyth are an integral part of the Abbeylara team. Add in their dad Bernard, the club secretary, and it’s a real family affair.

Colm P said it’s great that his family are so involved in the club, though one member of the clan will be cheering on Mullinalaghta.

“It’s great to play with your brothers on the Abbeylara team.  On the other side of things there is my aunt in Mullinalaghta so there has been a bit of slagging in the last few weeks with her as well, all part of the banter in a good build up to the county final.”

Playing alongside your brothers and having your dad involved too can have its advantages. Though for the only girl in the house, Fiona, it can be hard trying to get the boys away from football.

“It’s very enjoyable to be playing with Abbeylara.  Our whole family is involved in the club with dad being the secretary. It’s great for us because we are all at home at weekends for training and no organising having to meet up. Our sister is then left with the hard job of trying to get us away from football to meet up with her.”

On Sunday next Abbeylara ace Colm P will come up against a lot of his former Northern Gaels team-mates. He speaks highly of the people from Mullinalaghta that were involved in that underage set-up as well as people from his own club.

“From playing underage football with Northern Gaels, it must be said that Dan McElligott deserves great credit for all his years involved with coaching and training of the teams. He was a huge influence on the Mullinalaghta and Abbeylara teams.

Philip Smyth has also been involved with Northern Gaels, as well as David Sheridan, and these dedicated people have worked hard to ensure the quality of players that have come through from the grassroots.”

Colm P Smyth has the utmost respect for Mullinalaghta and is under no illusions as to just how tough it will be for Abbeylara in their bid to win the county title for the first time since 2006.

“Mullinalaghta have great players and it will be a huge challenge for us to get over the line. We have clashed with them over the last few  years in championship and league and there has never been anything but a kick of a ball between us.”

A county final is a massive day in the club year and it captures the imagination of not just the participating clubs but also the neutrals. Although it’s a big occasion for Abbeylara it’s all about the football for Smyth.

“It’s a huge game for the club. For the players it’s about trying to keep their eye on the ball and not to get side-tracked by the buzz of the whole occasion. All that really matters is the match.  Both teams have been involved in county finals in the last few years so I don’t think it’s going to be an issue.”