Abbeylara captain delighted to be back in the final 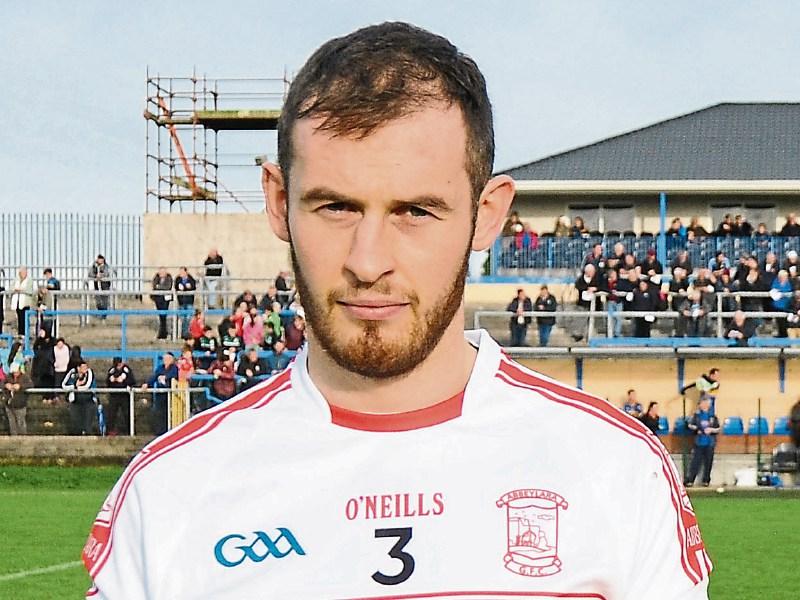 Abbeylara captain Fergal Battrim is preparing for his second successive county final appearance. Although the defender has been lining-out with his club for a number of years he had to wait until last year to play in his first senior football championship decider.

He is delighted to be back again in a county final and told the Leader that was the aim for the year after the disappointment of losing last year’s final against Killoe.

“That is what the main aim was. We have got there now and it’s good to be back on the big occasion. You don’t take them for granted when you do get there. Around six or seven clubs have a chance of winning the championship. We know that more than any other team. It takes a big effort to get to the final and a greater task to win the county title.”

The objective may have been the final but from the start of the championship Abbeylara took it one game at a time. Battrim said: “There is no easy run to a final. It’s a very even playing field in Longford. You have to go in with the mindset that you are taking it game by game; you are not looking too far ahead. That’s what we done. We knew we were in a tough group and were glad to come through it.”

Full-back Fergal is a vital part of the Abbeylara defence who have been resilient in the championship and are hard to break down. He admits that they defend from the front and the forwards play their part in the system.

“We do buy into the mindset that it’s a team thing. Some of our best tacklers would be in our forward line. You do defend as a whole team. Everyone has a part to play. We have been trying to get better and improve with each game.”

Battrim loves his football but tried to stay clear of other championship matches this year as his focus was just on Abbeylara.

“From a personal point of view I never went to many other games. I wanted to keep the focus on ourselves and knowing not to get too far ahead of myself. Sometimes you go to games, your head does wander and you can think too much about things.”

Mullinalaghta are a team that Battrim knows only too well and he will be coming up against players who he enjoyed underage success with when featuring  with Northern Gaels.

“Mullinalaghta are a very good team and will be well prepared. I played with a lot of them down through the years. It will be a bit strange playing against them in a final and competing for another title.”

Reflecting on the game itself Battrim said: “All you can do is just prepare as best you can and hope you do enough on the day in the bid to win the county title. There are lots of leaders in our team and we are working hard in preparation for what is going to be a difficult task but we are very determined to succeed.”