Mullinalaghta captain hoping that his side will get things right 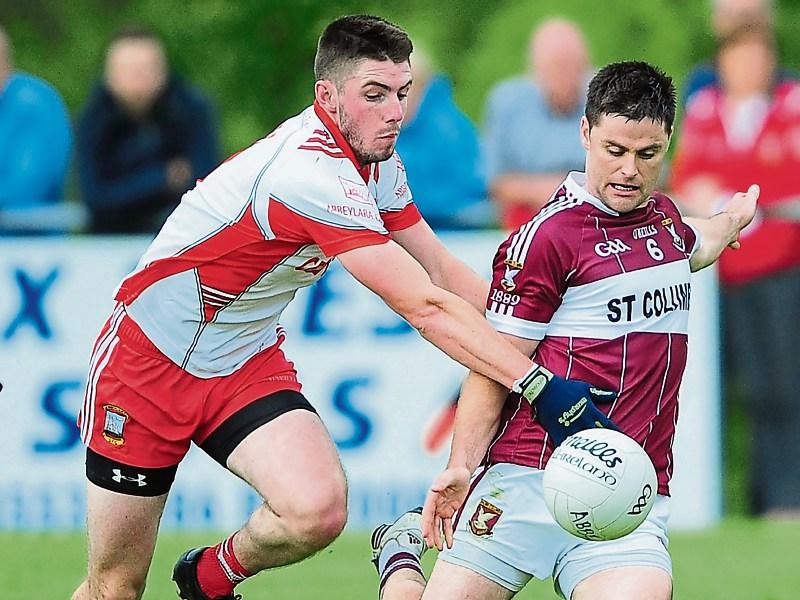 It may have been a long time coming but Mullinalaghta captain Shane Mulligan is delighted that his club are right where they want to be; competing in county finals.

St Columba’s reached the 2014 senior football championship final, only to lose against Killoe, and are now preparing for another appearance in the Connolly Cup decider,  this time against neighbours Abbeylara on Sunday next.

Mulligan told the Leader: “It has been a slow development but we are where we are. We are a relatively new team to the senior championship. It has been a learning curve. Every year we have had our knocks but we always look to the next year and see what we can do better. We are getting things right but there is still room for improvement.”

A Garda based in Kells, Mulligan is away from the ‘buzz’ that county finals generate. He knows how important it is for the community but prefers things muted; he wants to concentrate on the football.

“It’s great for the community. For us we kind of stay away from it all and not get caught up in it. When you get down to the training pitch you clue into the task ahead. We will keep the heads down and concentrate for the final. The supporters enjoy the build up to the game even more so than us. For us the work has to be done on the training pitch and then that precious hour comes on county final day.”

With Mickey Graham at the helm now, Mulligan believes Mullinalaghta have got the right man and he couldn’t praise his manager highly enough. “He has been a breath of fresh air. It was one of those things where he just fitted like a glove. He walked into the club and  clicked with the players. He worked with us and we with him. Mickey is a great GAA man. I remember him playing for Cavan Gaels. He really enjoys the bigger occasions as well and that seeps right through to the players. The lads have really taken to him.”

Because of their fine performances in recent years many tipped Mullinalaghta as a team to challenge for the title in 2016 but Mulligan and Mullinalaghta have never looked further than their next game and now it is the county final.

“We have only ever taken it game by game. Every team was different and brought different challenges for us. That’s the way it has been. We have adapted our play depending on the opposition. Our brand of football has developed over the years because we have young lads coming through and lads moving on.”

Looking ahead to Sunday’s game, Mulligan said it’s all about his side getting their own performance right and not thinking about their opponents. “They won’t have to look at us or we won’t have to look at them as we know each other so well. We will  just focus on our game and trying to get that right. That’s the most important thing. You do look at certain aspects of the other team but if we get our own performance right we will always be in the mix.”