No joy for Longford teams in Leinster Club Championship 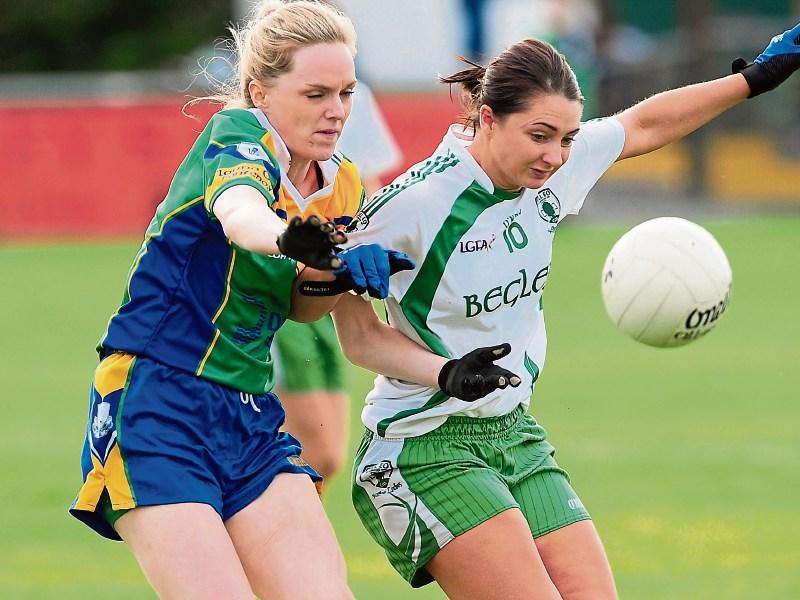 There was no joy for Longford clubs in the various Leinster Championship games over the weekend and first to fall were Cashel who pressed the self destruct button in losing out to Bective (Meath) in the first round.

Pairc Tailteann in Navan was the venue for the Leinster Club Junior Football Championship clash on Saturday and Cashel were guilty of some very poor finishing in kicking a total of 11 wides.

Even at that they should still have won and came from four points down to get back on level terms with time running out, only to be struck by a killer blow as Bective snatched a killer second goal in the final minute of normal time to eventually win by 2-8 to 0-10.

Also on Saturday Carrickedmond ladies were in action against St Maurs Dublin at their GAA grounds in Rush in a bid to reach the Leinster Junior Club Final but suffered the bitter disappointment of a narrow defeat, 1-16 to 2-10, and went so close to getting an equaliser goal with virtually the last kick in the semi-final.

The Killoe ladies were on the brink of a tremendous win over Clann na Gael Fontenoy in the Leinster Intermediate Club semi-final at Emmet Park on Sunday but let victory slip in the closing minutes of the game as the Dublin champions snatched a draw to force the game into extra-time with the sides deadlocked at 1-12 apiece.

Clann na Gael scored a decisive second goal in the additional period to come out on top by two points in the finish, 2-14 to 1-15, and it was very hard luck on Killoe who just missed out on a place in the Ladies Leinster Intermediate Club Final.

At least there was some good Longford GAA news as Killoe clubman Tommy McCormack was the manager of the Aughawillan squad who beat Glencar-Manorhamilton by a point in the Leitrim Senior Football Championship Final in Carrick-on-Shannon on Sunday. Tommy, of course, coached the Emmet Og senior side to Connolly Cup glory in 2012 and 2014.

Longford Town suffered a damaging 3-2 defeat against Derry City in the Airtricity League Premier Division game at City Calling Stadium on Saturday night, despite leading twice with David O’Sullivan scoring both goals - the second from a penalty in the 63rd minute.

That gave the Town a great chance of getting a badly needed result but a brace of goals from deadly Derry City striker Rory Patterson shattered Alan Mathew’s side who are still six points adrift of Wexford Youths at the bottom of the table and would appear to be fighting a losing battle in the fierce struggle to avoid automatic relegation.