"We got the good start that we needed" 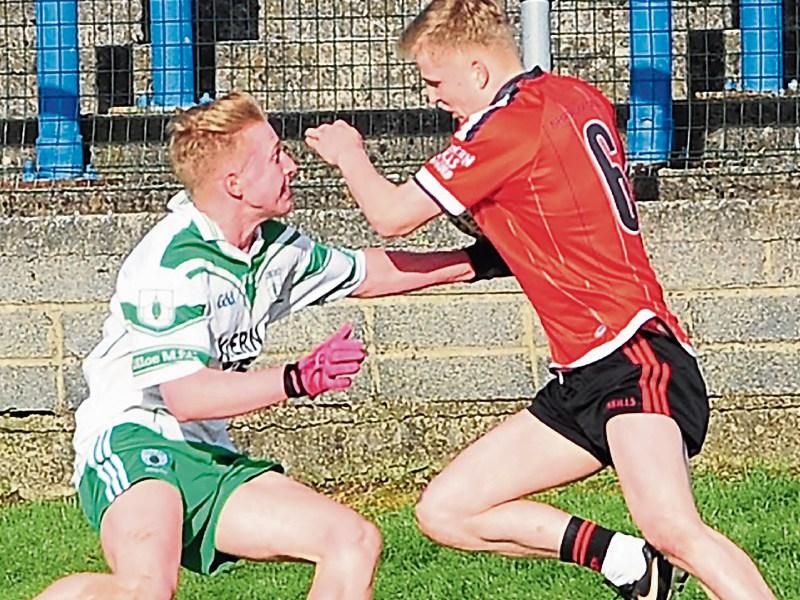 Shamrock Gaels star Joe Kelly admitted the moment his side put their mind to winning a Minor ‘A’ Championship title which they eventually achieved on Sunday last with victory over Killoe Og at Glennon Brothers Pearse Park.

Man of the match in the final Kelly told the Leader: “Last year in Edgeworthstown when we were knocked out (by Killoe Og) we were heartbroken. Myself and some of the lads said we’ll stick together and give it everything for the double next year.”

Kelly scored two goals in their 3-15 to 1-8. His first goal came just after Cillian Lee had grabbed Shamrock Gaels first goal. Their plan was to hit Killoe Og early: “When we met Killoe in the group stage of the championship we started very bad. They got a goal in the first half and started well in the second half. We knew we had to start quick in the final  and play them at their own game; play to our best ability from the  word go. ”

The second goal Kelly got was a terrific individual effort but he shrugged off the praise he received for it: “We struggled for a while and we did need another goal. I remember Mark McCormack said to me we need a goal. We saw the opportunity, we carved through and got the goal.”

He was also humble about his man of the match award and dedicated it to everyone involved in the great  win. ”The way I look at it is the 21/22 men on this panel are all men of the match for me. We all stuck together on that field to win the championship title. We are like a family. I’m so proud of all of them. That award is for  every one of those lads, the management and everyone that stuck with us.”

In his final year at U-18 level, claiming a Minor A medal is the ultimate achievement for the Ballymahon lad: “It’s a perfect ending for me. We had it tough with the county minors in the early exit from the Leinster Championship. We had time then to build for the club championship and it worked well in the end. It’s brilliant at 18 to top it all off with a Minor ‘A’ Championship success,” concluded Kelly.