Carrickedmond ladies through to Leinster semi-final 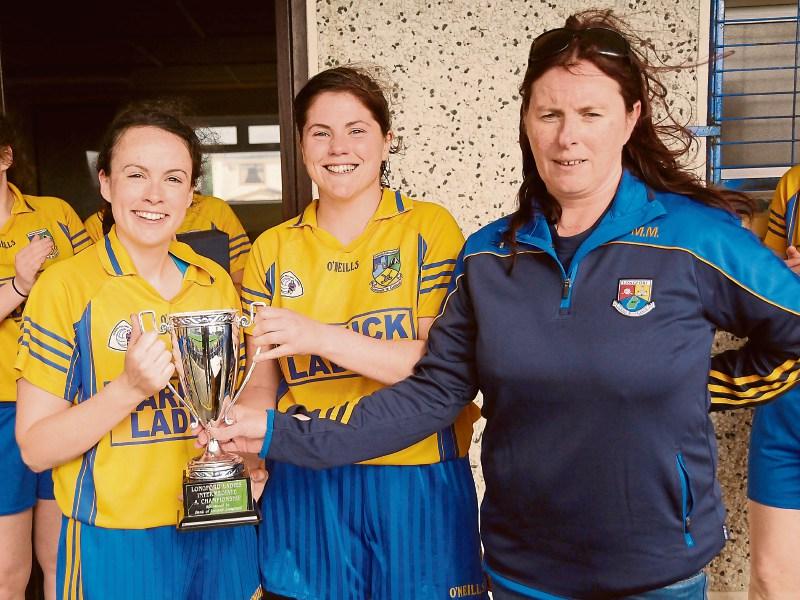 The Carrickedmond ladies, winners of the Longford Intermediate title, made the long journey down to Wexford on Sunday last and produced a great performance in coming away with a comprehensive win over Fethard St Mogues to reach the last four in the Leinster Junior Club Championship.

Carrickedmond opening the scoring in the 4th minute when Sarah Shannon converted a free and moments later the same player got a goal from a penalty. It got even better for the visitors as another 1-1 was added to the tally. Michelle Mulvey landing a point while Emer Powell palmed the ball to the Fethard net in a well-worked move that also involved Niamh Feeney and Orla Farrell.

St Mogues were given a glimmer of hope when they scored a goal midway through the first half but Carrickedmond regained the upper hand and further points from Sarah Shannon, Orla Farrell and Michelle Mulvey left them in a comfortable 2-6 to 1-2 lead at the break.

The advantage was extended with four more points, a brace from Sarah Shannon with Emer Powell and Michelle Mulvey also on target, and that put the issue well and truly beyond all doubt.

Carrickedmond, managed by Barry Cox from Killashee, kept it going until the finish and five more points were scored through Michelle Mulvey (2), Sarah Shannon, Carla Esler and Emer Powell while a Fethard goal attempt hit the post.

Carrickedmond are on the road again this Sunday when they travel to Dublin to meet St Maurs in the Leinster Junior Club Championship semi-final, throw-in 2.30pm.