Massive weekend of food and fishing in Lanesboro/Ballyleague 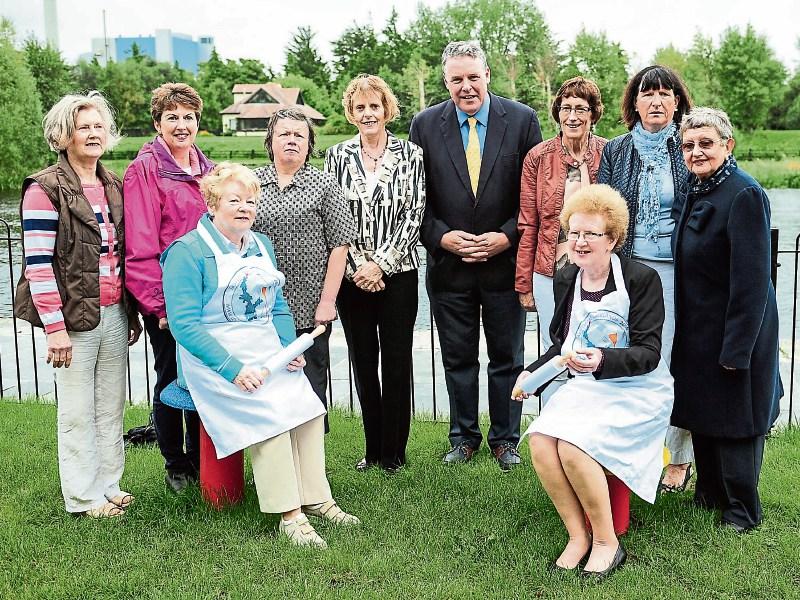 It’s a big weekend for Lanesboro and Ballyleague as the Taste of the Lakelands International Food Festival and the World Predator Competition kick off from October 6 - 10 next.

The opening ceremony will take place on Thursday evening and there will be light refreshments served in St Mary’s Hall afterwards.

Fishing events will begin early on Friday when the World Fishing Trials take place on Lough Ree at 8pm.

Meanwhile, the Food Festival will begin at 11am in the marquee in the car park with the ‘Flour Hours’, while at 2.30pm its official opening will take place.

Special guest Shane Ross TD and Minister for Tourism will be on hand for the formalities and the opening addresses will be made by civic leaders and representatives of the Local Enterprise Offices in Longford and Roscommon.

There will be food all weekend along the banks of the River Shannon and all the very best in local and artisan cuisine will be on display.

There is something for everyone, with  plenty of fun activities for all the kids  as well as lots of entertainment guaranteed throughout the weekend.

Speaking to the Leader, PRO of Taste of the Lakelands International Food Festival, Ciarán Mullooly said there was a great sense of anticipation around the area as the weekend gets closer.

He also pointed out that the stakes would be high in the angling side of things and that two members of the Kazakhstan team had already arrived in Lanesboro and were eagerly awaiting the other members’ arrival!

“There are no more B&Bs left in Ballyleague and Lanesboro - they are all booked out,” said a delighted Mr Mullooly before pointing out that latecomers were now being recommended accommodation in Strokestown, Ballymahon and beyond.

“At this stage the anticipation for the food festival is huge and we would also urge people to see the fishermen going out at around 9am or 10am each morning at Ballyleague Harbour; it is a wonderful sight.”

Meanwhile, organisers are expecting in the region of 5,000 visitors for this, the inaugural Taste of the Lakelands International Food Festival, which is being run in conjunction with the World Predator Competition so there is no doubt that the area will be bustling over the weekend.

Parking will be available outside the towns and those attending are being advised to avail of the local shuttle bus service which will ferry festival goers over and back to their cars.

“We will have over 50 food producers and eight chefs from all over Ireland at the event,” continued Mr Mullooly before adding, “this is a very exciting time for Ballyleague and Lanesboro”.

The Leader also has it on good authority that the rain is expected to hold off for the whole weekend so if that is not the perfect reason to get over to Ballyleague Harbour and sample a little piece of splendour, then what is?