Captain pleased that belief has been restored in Longford 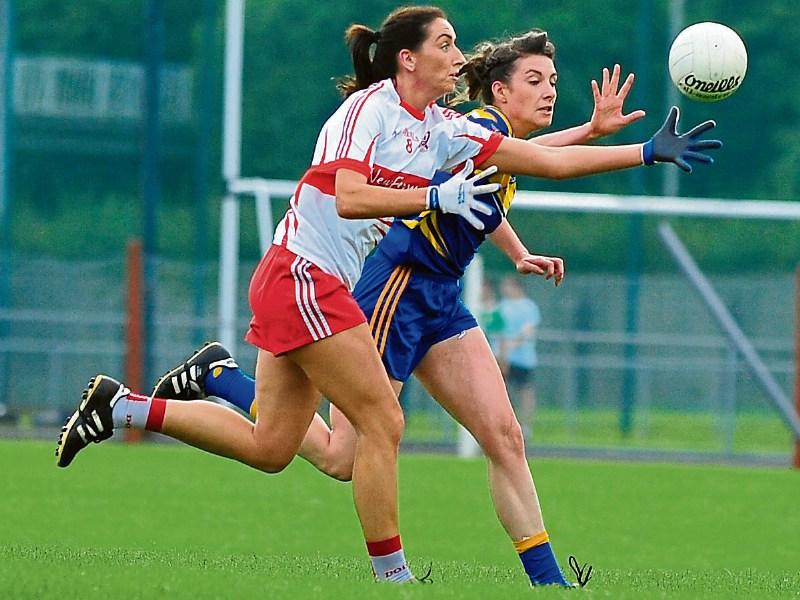 Preparing for an All-Ireland final with her county is somewhat surreal for Longford ladies captain Mairead Reynolds.

Longford take on Antrim in the All-Ireland Junior Final on Sunday and the modest Reynolds is trying to come to terms with it all.

“There are players that I looked up to and I’m now representing them in Croke Park. Am I even good enough to be representing them? I keep thinking better footballers than me didn’t get this opportunity. I hope I don’t mess it up. It’s so exciting,” she told the Leader.

Croke Park was a long way off when Reynolds returned to the county panel last year. Longford were a Division 3 side and Intermediate but ended up being relegated and re-graded.

Reynolds said: “I was in there last year and it was unbelievable how bad it got. I was there when Diane (O’Hora) was there; we had everything. We had great management, no one missing training. I went back last year after I did my final year in college and was going to training where there’d be 6 or 7 and struggling for numbers.”

Because of that Reynolds was apprehensive about this year. Another new manager in place but this time Miceal Bohan, Seamus Mullen and Dara McGann built up a rapport with the players and they in turn bought into their plans.

She said, “This year at the start I was wondering what was going to happen. No one had belief, then all of a sudden people started coming to training and we thought we could do something. Now we finally believe we can do it and are good enough. It’s great and there is a boost in the clubs.”

It wasn’t too long ago Longford were competing in Intermediate quarter-finals and semi-finals and that’s the grade they want to get back to.

Reynolds believes going back to Junior was the right thing for Longford: “I think it really was. It was going so far down that people needed a belief. We needed to go down to Junior to start from scratch again. We needed to get a bit of fight back and actually start winning. Junior is still tough.”

Looking ahead to Sunday’s game the secondary school teacher knows Antrim will be tough to beat. Though Longford’s last few championship performances have given her confidence.

She explained, “In the Carlow and Derry games you look at the scorelines and think it  was easy but you still had to work hard to keep up that standard. It was great that the girls were able to do that mentally. Hopefully we can do that again on Sunday but we know Antrim will be hard to beat.”

Sunday’s final will be bittersweet for Mairead Reynolds. It was football that became a welcome distraction for the Dromard native following the tragic death of her younger brother Joseph in July. She’s hoping to make him proud. She might not know it but she already has.

Reynolds said: “I appreciate everything I do so much more now. You really put your heart into it. I might never get that chance again. You never know what could happen. Football was a good distraction. I’m trying to make him proud. I’m doing it and thinking I hope you’re watching down and are proud now.  Football has helped me. It’s like a support behind me.”