Bohan hopes Longford will reap the rewards of their hard work 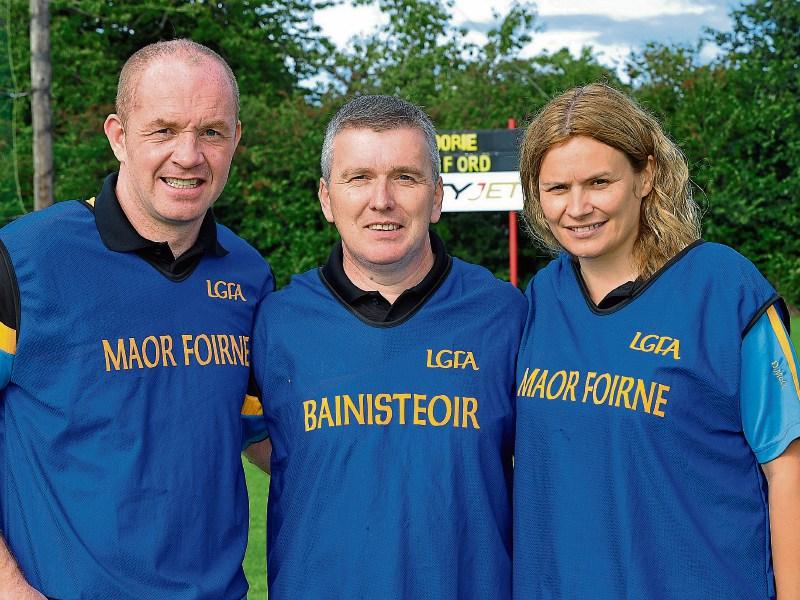 In 1994 after Leitrim were defeated by Dublin in the All-Ireland semi-final, Miceal Bohan took the opportunity to walk on the hallowed turf at Croke Park.

Bohan a proud Leitrim man, knew he’d never get to play at GAA HQs so here was his chance to walk on the pitch. Little did he know that 22 years later he’d be pacing the sidelines in an All-Ireland Ladies Junior Final as Longford manager.

Speaking to the Leader he said: “When you start out playing football, you want to play in Croke Park. If you can’t play there the next best thing is to be on the sideline. It’s a great experience. It is something they will never forget. I walked across the pitch in 1994 when Leitrim played Dublin. Sunday will be special.”

Preparations weren’t great at the start of the year but the girls put in the hard work and will hopefully reap the rewards on Sunday: “We used to go to training in Shroid on frosty nights and sometimes there was even snow on the ground and you’d be hoping that you would end up in Croke Park. It made it worthwhile. During the league we were tight for numbers; some girls couldn’t come in at that stage. Then players came in and the buzz came back.”

He admitted that his team are going out on Sunday to represent everyone that donned the blue and gold: “The girls will go out on Sunday and represent every footballer in Longford, past and present. All the players that never got the chance to play in Croke Park. It’s great for the girls. You hope now that they’d get that bit of success they deserve. It would be great for them and football in Longford.”

On Sunday Longford will play Antrim for the fourth time this year; they’ve beaten them twice. The one game though that shaped Longford is their League semi-final defeat to the Saffrons: “I know we didn’t play well that day.  I couldn’t say we were over confident but we thought we’d beat them after beating Intermediate teams before that. We said after it; the only way to win is to train and put in the commitment. Since that everything has been great.”

Longford will be without the services of Ali Magan and Sarah Madden for this game but are boosted by the return of Michelle Farrell who broke her ankle earlier this year.

Bohan said: “It’s great to have her back. We have great competition; 31 girls fighting for 15 positions. You need that. It’s great to have 31 girls putting in a great effort. The 15 that are picked are playing for the 16 that have pushed them in training. That’s the way we look at it. We are in it together as one.”