Relegation looming for Longford Town after another defeat 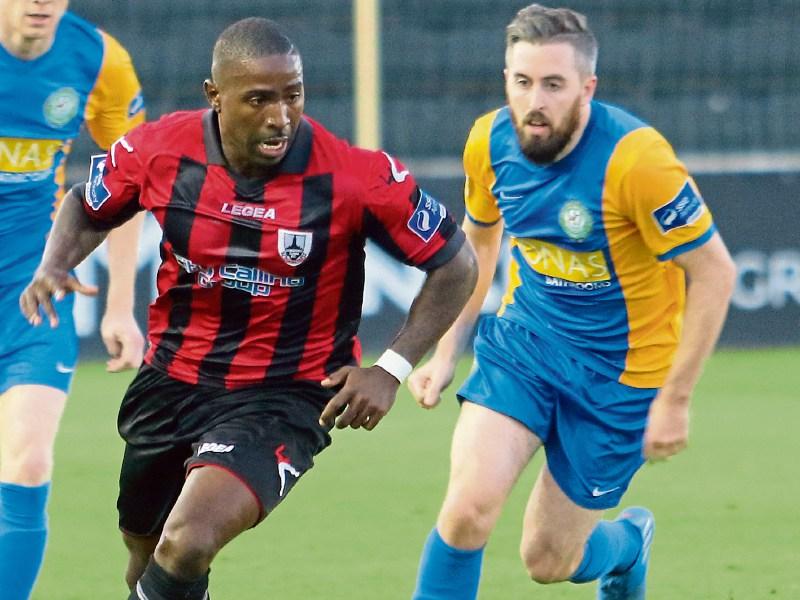 Longford Town looked doomed to the dreaded drop back down into the First Division after suffering another severe setback in the disappointing defeat against Bray Wanderers, watched by the dismal official attendance of just 283 at City Calling Stadium on Saturday night last.

Time is running out for the Town at this stage. With seven games remaining, they are still eight points adrift at the bottom of the Premier Division table and the team directly above them, Wexford Youths, have a game in hand. This latest defeat sees them without a win in 25 league games and still no victory at home this season.

Town manager Alan Mathews, in his first home game back in charge, was honest in his summing up of the defeat against Bray.

“If you are not scoring goals you have to try and keep it right defensively which we had done until the first goal. Bray kept a good shape in retaining the ball well throughout the game.  The concession of the second goal and the nature of it was very disappointing.”

The Town lacked a real purpose up front to threaten Bray keeper Peter Cherrie. The first goal was going to be crucial and when Bray broke the deadlock it left deflated Longford facing a real uphill battle. The home could not create much in the second half and Bray finished the game with a second goal in the closing stages.

Mathews said: “You are not going to play your way out of it, I believe, you have to scrap and fight your way out of it. That would have to be reflected in the performances. I’m talking about having a passion and a hunger to go and win matches and win each individual fight.”

Dylan Connolly was the player to watch out for and Town defender Pat Flynn was alert to put in a fine tackle to stop the Bray attacker in the 12th minute.

In the 24th minute Don Cowan’s dangerous cross into the box had to be cut-out by a combination of Bray keeper Cherrie and defender Conor Kenna as Town striker Eddie Dsane was ready to pounce.

In the 39th minute Karl Moore shot over the bar from a Kevin Lynch cross but two minutes later Bray took the lead after Connolly’s effort came off the woodwork and former Town player Ger Pender was on hand to finish the ball to the net.

The second half produced little and it was Town defender Conor Powell with the first real chance in the 77th minute but he shot straight at Cherrie. Then in the 87th minute Bray got their second goal; Ryan Coulter saved from Connolly but Darragh Noone followed up to score on his debut.

Not the right result for Mathews but he is glad to be back:  “I’m delighted to be back to see if I can help in any shape or form between now and the end of the season. It’s a very good football club who deserve to be in the Premier Division but avoiding relegation is going to be a very tough battle.”