Killoe and Mullinalaghta meet again with final spot at stake 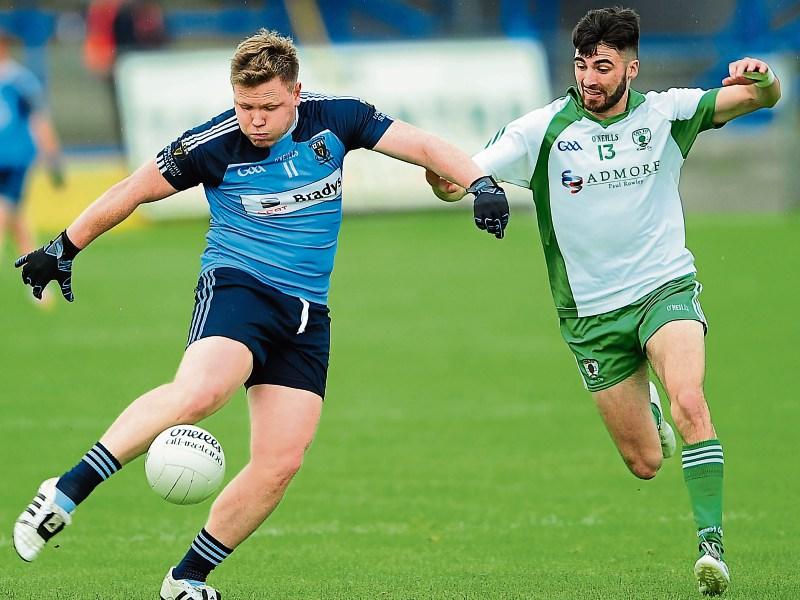 After running Killoe so close in last year’s quarter-final, Mullinalaghta will be quietly confident of gaining revenge when the sides meet again in the Senior Football Championship last four showdown at Glennon Brothers Pearse Park on Saturday evening next, throw-in 6pm.

Unlike Emmet Og who lost twice in the group stage of the current Connolly Cup campaign, St Columba’s are unbeaten so far after drawing with Abbeylara and Dromard and who then got the better of Colmcille before going on to master Mostrim with considerable ease.

There was a lot to like about the most emphatic manner in which Mullinalaghta registered the impressive total of 20 scores to eventually overcome the  Edgeworthstown outfit in the quarter-final by the wide margin of 11 points in difficult wet conditions.

While a repeat performance might well get them through to the county final for the second time in the space of three years, taking on the reigning champions Killoe is a different proposition as they found out to their grief in a first half collapse in the 2014 senior title decider.

There was no way back for nervous St Columba’s on that big occasion as they trailed by 2-8 to 0-4 at the break but they were a lot better in almost scoring a surprise win over Emmet Og last season, only to be denied by a Larry Moran goal in the closing stages of that very tight contest.

With 55 minutes gone on the clock, Mullinalaghta were leading by 2-7 to 1-8 but Killoe hit back to score 1-2 without reply to survive a stern test. Declan Rowley's side can expect more of the same on Saturday and particularly so with their top player Michael Quinn on the long term casualty list.

Defeats against Clonguish and Slashers raised serious questions about their chances of completing the three-in-a-row but they have recovered well with wins over Granard and Slashers (in the quarter-final) to move within one step of yet another appearance in the senior championship final.

The return of Sean McCormack after his injury absence was a big boost and with another key forward Mark Hughes also on the mend, Emmet Og are gradually getting stronger and are unlikely to slip up against St Columba’s.

While Mullinalaghta will believe that they can beat Killoe at the third attempt, a lot will depend on the impact made by their main men James McGivney, John Keegan, Shane Mulligan and Donal McElligott and the entire team will be very committed in their fierce desire  to cause an upset.

Mickey Graham, in his first season in charge, is striving to get the best out of St Columba’s and the former Cavan footballer is very familiar with the Longford Senior Championship after guiding Clonguish to the 2011 county final against Slashers. Can Graham repeat the feat with Mullinalaghta?