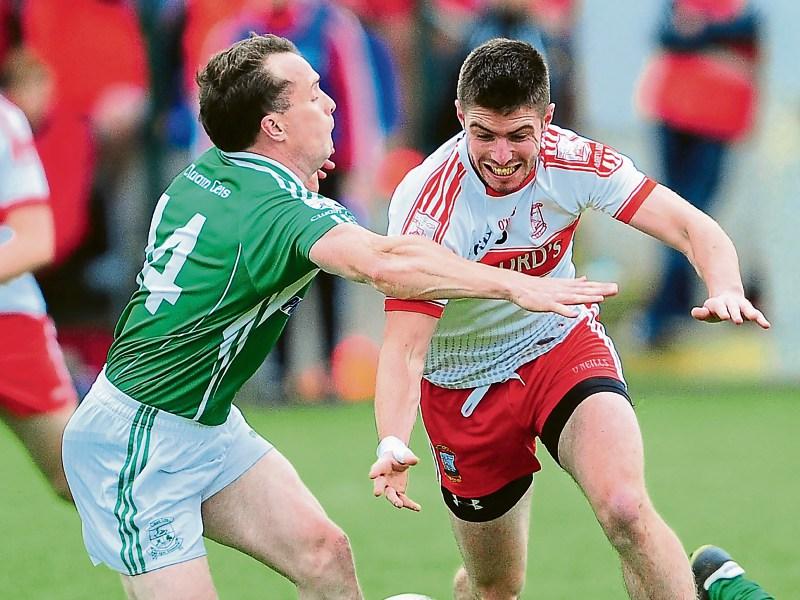 In what was a very busy weekend for Longford sport, there were wins for Abbeylara and Dromard in the Senior Football Championship quarter-finals at windswept Glennon Brothers Pearse Park on Sunday last.

First into action were Dromard, who cruised to a comfortable 0-17 to 1-5 victory over Carrickedmond with the impressive Francis McGee shooting six points, while Robbie Smyth was the matchwinner for Abbeylara in their narrow 0-10 to 0-8 success over Clonguish.

In what was a very tight contest, Smyth fired over six points to clinch Abbeylara a last four  showdown against Dromard on Saturday September 24th while the first semi-final between Killoe and Mullinalaghta will be played at Pearse Park on Saturday evening next.

There was great excitement in Pearse Park on Saturday with the Ladies Senior and Junior ‘A’ Finals down for decision with Killoe winning the Senior Championship title for the sixth time in seven years after beating Mostrim 1-14 to 1-3.

The Wolfe Tones hurlers made it through to yet another county senior final when they got the better of Longford Slashers at Allen Park on Saturday evening, winning by five points (3-10 to 2-8), and the Mostrim side will meet Clonguish Gaels in the championship decider at Pearse Park on Sunday next.

There was more bad news for struggling Longford Town, who lost 2-0 against Bray Wanderers at City Calling Stadium on Saturday night, and now look doomed to be relegated from the Premier Division as they are currently eight points adrift at the bottom of the table with just seven league games remaining.

Read all the reports in this week’s Longford Leader, on sale on Wednesday