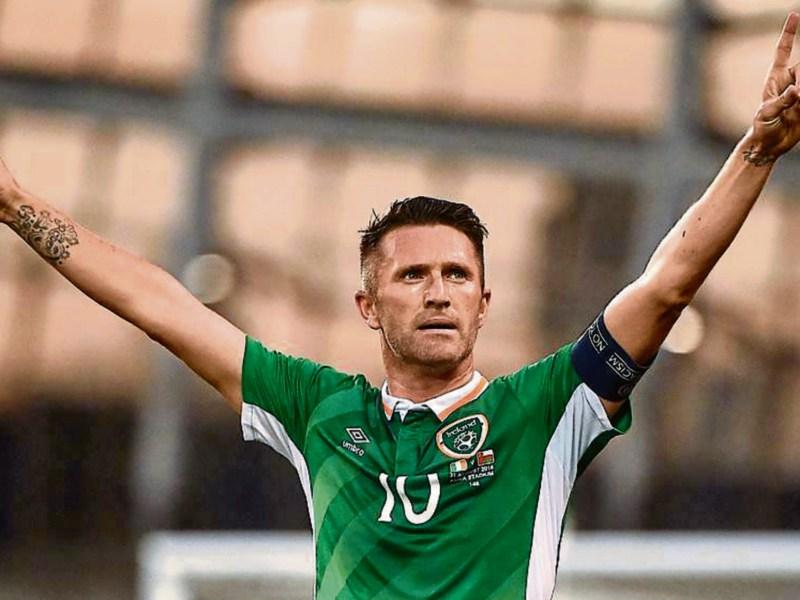 Robbie Keane, widely considered as one of the most influential players to ever represent his country, bid his last goodbye to the Irish football team in a friendly against Oman in the Aviva Stadium last Wednesday night.

Keane’s contribution to Irish soccer is immeasurable: the number one goal-scorer for the Republic of Ireland with a goal tally of 68 and joint fifth on the international stage.

His career spanned over 18 years with a total number of 146 appearances representing his country.

Keane has always proclaimed his strong passion for representing Ireland and playing for his country.

Despite his move across the water to LA Galaxy, Keane’s number one priority has always been Ireland.

He has made a huge contribution to Irish football and has set a goal-scoring record that will unlikely be beaten for Ireland.

More than 25,000 supporters, including myself, showed up in the Aviva to catch a glimpse of Robbie in action for his country for the final time, and sure enough we weren’t disappointed.

We all hoped he'd grab a goal so we could see that famous cartwheel one last time.

Maybe we’d win a penalty and Robbie would step up?

That was not Robbie’s plan though!

The crowd erupted when Keane’s volley past the defender hit the back of the net.

Not just a simple tap-in, but this was a fantastic skilful goal for Robbie to bow out on.

The famous chants of “Team of Gary Breens” became “Team of Robbie Keane’s” with echoes of it still resounding long after the final whistle.

The atmosphere was electric throughout the game, with Ireland achieving a resounding win over Oman.

I can’t deny however that there was a tinge of sadness in the air, Keane, who was taken off at 57 minutes, received a standing ovation by us all in the Aviva.

It was a bitter-sweet moment seeing Keane leaving the field and knowing it would be the last time he would be donning the green shirt.

Afterwards, seeing all the interviews and tributes brought a tear to my eye, especially Tony O’Donoghue’s interview which showed the mutual respect between Tony and Robbie.

Being a supporter of the Irish team, and following their fortunes at home and abroad, I would have to say that my best personal memories of Keane are the night in Ibaraki at the World Cup in Japan in 2002 when he scored that famous goal against the Germans. This catapulted Robbie to the fore on the world stage.

That night, chants of “Who stuck the ball in the German net, Robbie Keane” rang out around Tokyo.

Another great memory for me was when Robbie scored in a World Cup qualifier against Italy in Bari in 2009.

We were 1 nil down and in the 89th minute Robbie pulled one back for us to draw with the then World Champions. The scenes celebrating that goal are ones I will never forget.

Robbie was probably slightly underrated as an Ireland player.

Personally, I gave out about him loads when he didn't play well and his constant hand signalling and moaning to referees got on my nerves.

The one thing we all knew though, was that he was capable of getting a goal, whether it be a tap-in or something more special.

We all gave out about him but then when those goals went in he would always regain the hero status.

I will remember Robbie Keane as a passionate Ireland player who was devoted to playing for his country and scoring goals for fun.

* Caroline Ginty is from Lanesboro and is an avid Irish fan. She was also in Belgrade on Monday night as Martin O'Neill's men drew 2-2 with Serbia.