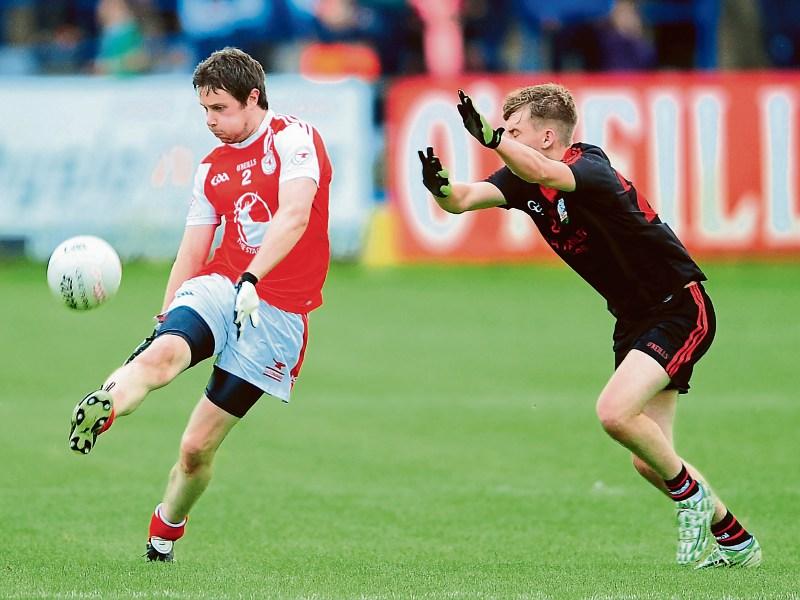 It has taken them four years but Cashel are back in the  Intermediate Football Championship Final for the first time since 2012 after producing a strong second half performance to eventually get the better of Sean Connolly’s thanks to a late Keith Carberry goal at Glennon Brothers Pearse Park on Saturday evening last.

Trailing by 0-6 to 0-4 at the break after letting a three point lead slip, Cashel needed some of their players to make a big impact in the second half and they got just that from Aidan Rowan, Gary Kenny, Ger Dennigan and Michael Burke. When they drew level in the 44th minute, the momentum was with Gerry Lynn’s side who ran out worthy winners.

Connolly's needed scores but keeper Blaine Carberry and defender Michael Burke denied them. Burke cleared the danger from a Dessie Reynolds free in the 59th minute and Cashel broke up the field with Aidan Rowan setting up substitute Keith Carberry to fist the ball to the net.

There was no way back for Connolly's, who were surprisingly poor on the changeover and failed to register a score in the second half.

With so much at stake in this game, the opening minutes were quite cagey with neither side able to get a grip. Early points were traded between Aidan Rowan (free) and Dessie Reynolds before Cashel hit a purple patch and were three ahead by the 17th minute before Connolly's finally found some form.

Points from Trevor Murtagh and Reynolds cut the gap to just one by the 20th minute. Excellent work from Daire Duggan saw him win a free in the 26th minute and Reynolds pointed the kick to level the game.

With Cashel struggling to get scores it was Connolly's who continued to dictate matters and two fine points from Adrian Dalton gave them a half-time lead of 0-6 to 0-4.

Whatever Cashel manager Gerry Lynn said to his side at half-time clearly had the desired effect because they were a different proposition in the second half. Connolly's did have a chance to extend their lead in the 39th minute but Ger Dennigan rose highest to catch a free from Dessie Reynolds on the line.

After wasting a few chances Cashel got their first score in 26 minutes when Dennigan fired over a lovely point after Connolly's lost possession. From the kick-out Ronan Healy gathered the ball and landed the equalising score.

It was all Cashel now and Conor Farrell hit in a high ball into the square in the 47th minute for his brother Andrew to catch but Brendan Treacy was able to clear the danger. After being out of the game for the majority of the second half, Connolly's created a chance in the 50th minute but Stephen Lynch's effort was stopped by Cashel netminder Blaine Carberry.

The  final 10 minutes of the contest were tight with both sides knowing that one mistake could prove costly.  With three minutes of normal time remaining, Cashel were awarded a free which Aidan Rowan duly pointed to edge his side in front for the first time since the 17th minute.

Connolly's were on the attack almost immediately with Dessie Reynolds playing a ball across the goalmouth but Michael Burke did very well to clear the danger.  Cashel then broke and the ball was played to Aidan Rowan who made a fantastic run and unselfishly passed to Keith Carberry who fisted the ball to the net to clinch the Cashel win.