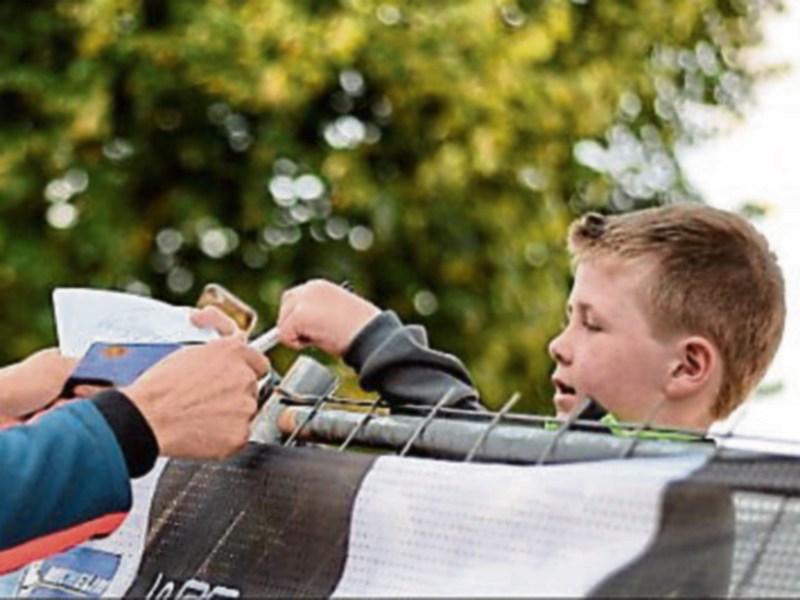 It was ‘dream come through stuff’ for young Brean Casey, when he came face to face with one of his rallying idols recently.

The youngster was on a dream  trip to Germany for one of the races in the world series when he got pit side access and managed to meet  with several of the big names.

But there was another great surprise in store for the young motor enthusiast from Co Longford, when the World Rally Championship (WRC) organisation selected his photo with rising rally star, Thierry Neuville, to feature on their magazine and also on the home page of their website.

The Belgian driver is just twenty years old and  is taking the rally world by storm at the moment.

He had just  finished third in the German event and despite the mental and physical  effects of the gruelling rally, he went out of his way to make time for the young Irish fan, who was accompanied by his Dad.

Six year old Brean is the eldest of Brian and Edel Casey’s children and as well as his rallying interests is also a big Young Grattan’s player and supporter. The family live at Lyneen Bridge in Killashee.