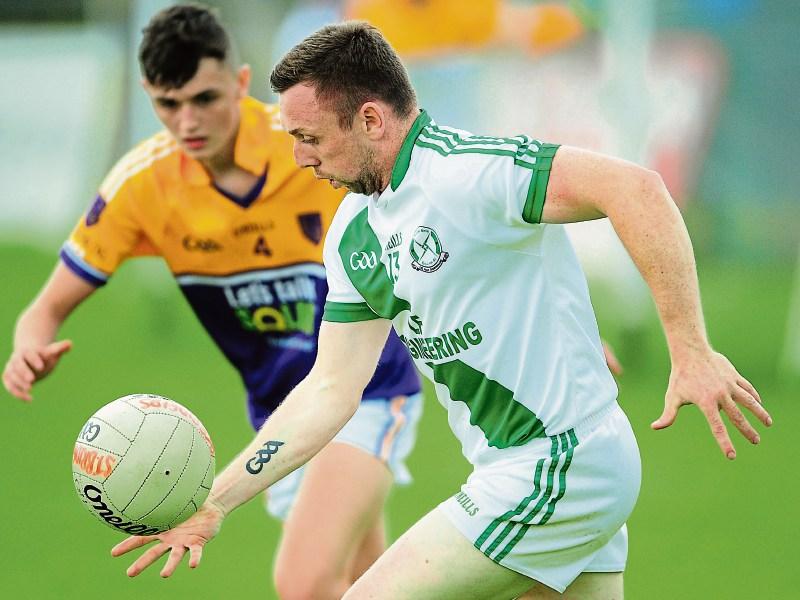 Despite going four points behind in the early stages of the game, St Brigid's Killashee gradually asserted their superiority in brushing aside the challenge of Young Grattans at Glennon Brothers Pearse Park on Sunday last and book their place in the Intermediate Championship Final for the second year in a row.

Grattans were eager and started the game very well. They were first to every ball and showed it on the scoreboard. The Killashee side were slow to start but when they got into their stride there was only going to be one winner such was their greater quality.

In the St Brigid’s attack all six forwards gave the Grattans defence a torrid time while down the other end the Killashee defence were on top for most of the game with Keelan Cox a real leader and Johnny Casey putting in some strong tackles.

Barely two minutes had gone on the clock when Gerard Victory pointed his first free as Grattans took the game to Killashee right from the start. They tagged on three more points with Willie John McDermott landing a terrific effort in the fifth minute.

When they eventually got their act together St Brigid’s showed it on the scoreboard and cut the deficit to one by the 10th minute.  Gerard Victory then hit over another free in the 11th minute but that was Grattans last score of the first half as Killashee dominated. Francie Dolan cut the gap to one again in the 13th minute and after wasting chances they finally levelled matters  in the 20th minute when Willie Skelly fired over a free.

Before that equaliser Grattans had chances but took too much out of the ball and Killashee took advantage of that. A free from Dolan in the 26th minute put Killashee ahead for the first time in the game and it was a lead they wouldn't relinquish. St Brigid’s then scored a crucial goal through Francie Dolan and that left them leading by 1-7 to 0-5 at the break.

Gerard Victory hit over his third free  two minutes into the second half but that was to be Grattans  last score of the game.  Their keeper Conor Gallagher brought off a fine save to deny Mark Rossiter in the 33rd minute as Killashee started to pile on the pressure again.

Further points from Darren Carberry, Dolan (free) and Emmet Skelly left seven between the sides by the 42nd minute as Killashee pulled right away.

Whenever Grattans did drive the ball into their forward line either Keelan Cox or Johnny Casey were on hand to clear the danger for Killashee.

In the 45th minute Francie Dolan received a black card but St Brigid’s continued to keep the scoreboard ticking over and Grattans just could not cope with Killashee working the ball so well into their slick forward line.

Michael Farrell got his first score in the 47th minute when he pointed a free and then soon after Willie Skelly converted another free. A wonderful score from Cillian Lee was followed up by a fine point from substitute Gerard Evans who was unable to start due to injury.

Mark Rossiter sealed the emphatic win with an excellent point in stoppage time which meant five of the six forwards were on the scoresheet on this occasion. Neighbours Cashel now await in the final as Killashee hope for redemption after last year's defeat in the title decider against Rathcline.