Killoe and Slashers clash for the third time 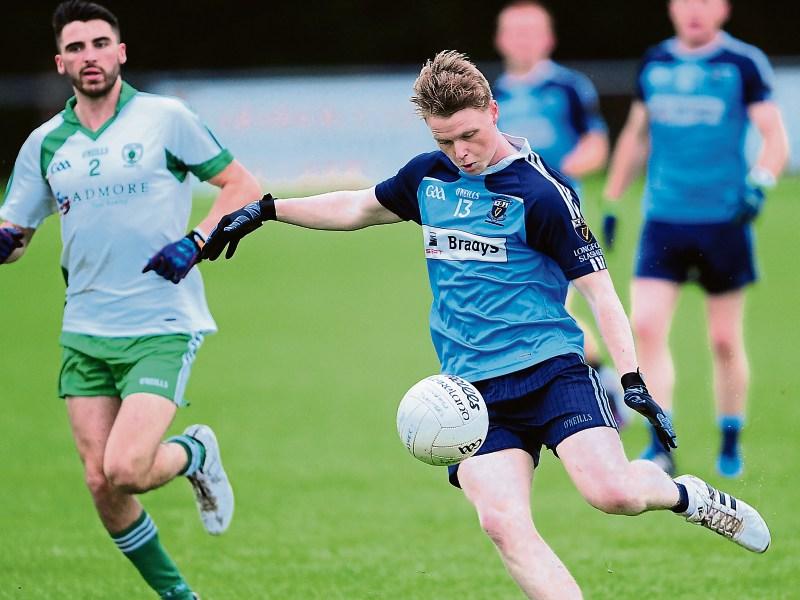 Killoe Emmet Og survived a stern test against St Mary’s Granard to eventually make it through to the Senior Football Championship quarter-finals and next up are fierce rivals Longford Slashers with the big match scheduled for Glennon Brothers Pearse Park on Sunday evening next, throw-in 6pm.

So for the third time in the current Connolly Cup campaign, Killoe and Slashers will battle it out and with just a point separating the sides in the previous two games another close encounter is probably in prospect.

Emmet Og knocked Granard out of the championship without key players Michael Quinn, Mark Hughes and Sean McCormack and the resolute county champions will prove difficult to beat despite their serious injury problems.

While Slashers, after bringing on a number of promising young players, are making steady progress under the guidance of their new manager Eugene McCormack and done well to beat Granard, Killoe and Clonguish in the group stage, they are now facing their toughest task with the loss of the injured Paul Kelly a significant setback.

The first of the SFC quarter-finals is down for decision at Pearse Park on Saturday evening next with Mostrim in action against Mullinalaghta (throw-in 6.30pm).

Although pitted in the easier Group 3, the Edgeworthstown outfit were unbeaten in four games against Carrickedmond, Ballymahon, Fr Manning Gaels and Rathcline and showed enough promise to suggest that they could pose problems for St Columba’s.

Brian Farrell will be leading the charge for Jack Lynn’s side who will be quietly confident of springing a surprise but the indications are that the Mickey Graham managed Mullinalaghta team will be well prepared for this tricky challenge after getting out of the extremely difficult Group 2.

Backboned by a number of county senior and U-21 players. St Columba’s are fancied to advance a stage further in setting up a probable semi-final showdown against the title holders Killoe.

The other quarter-finals, Carrickedmond v Dromard and Clonguish v Abbeylara, will be played on Sunday September 11 in a double header at Pearse Park.