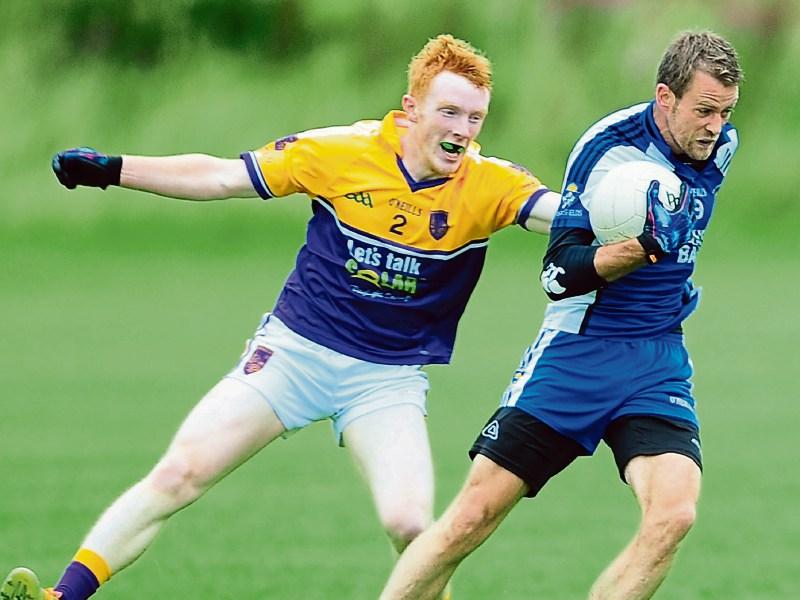 Grattans got off to a very bad start to trail by nine points but with the influence of substitute John Balfe (troubled by injury) and key forwards Gerard Victory and John Hand they fought back for a memorable success.

Legan will have many regrets from this championship campaign with three narrow defeats and are still without a win in all competitive games this year, although they did draw against Kenagh in the Division 2 league.

The Sarsfields, managed by Willie Forbes, made a fantastic start on this occasion to clock up 1-6 in the opening 10 minutes. Four of the six points came from half-forward Shane Cox and he also played an important role in the goal. He hit the free that landed in the direction of Paul Ross, who punched the ball to the net inside the first minute.

The introduction of John Balfe at centrefield for Grattans in the 10th minute had an instant impact as Grattans got their first score from a Gerard Victory free before John Hand hit a crucial goal at the end of the first quarter.

Legan replied with scores from Barry Tierney and Paddy O’Neill to bring the gap back to six by the 20th minute but four scores for Grattans on the trot through Gerard Victory and John Hand (2 ‘45’s) left a two point gap at the break, 1-8 to 1-6.

Both sides were now in for a great chance to reach the county semi-final which made for great viewing in an entertaining second half.

The sides swapped scores early on but it was Emmet Clarke’s goal with ten minutes gone on the changeover that swung the game in Grattans favour. Legan conceded a free close to the goals and their defence were caught napping as John Hand placed a quick free into the path of Clarke who made no mistake in finding the back of the net.

Legan, to their credit, kept plugging away but lacked the quality to emerge victorious. Shane Cox kept their hopes alive with his frees but points from John Hand and centre-half-back Stephen Farrell assured Grattans of a place in the semi-final.

A tough task awaits against unbeaten St Brigid’s Killashee and while Grattans will be quietly confident of springing a surprise, they will need John Balfe and Willie John McDermott back fully fit for the eagerly awaited last four clash against their neighbouring rivals.

Their manager is Andrew McManus from Carrigallen and he deserves a lot of credit for getting Grattans to the penultimate  stage of the championship.

Legan, on the other finish, will be wondering how they managed to let a commanding nine points lead slip from their grasp and it was a cruel way to exit the championship.