Cashel back on track with vital victory over Ardagh/Moydow 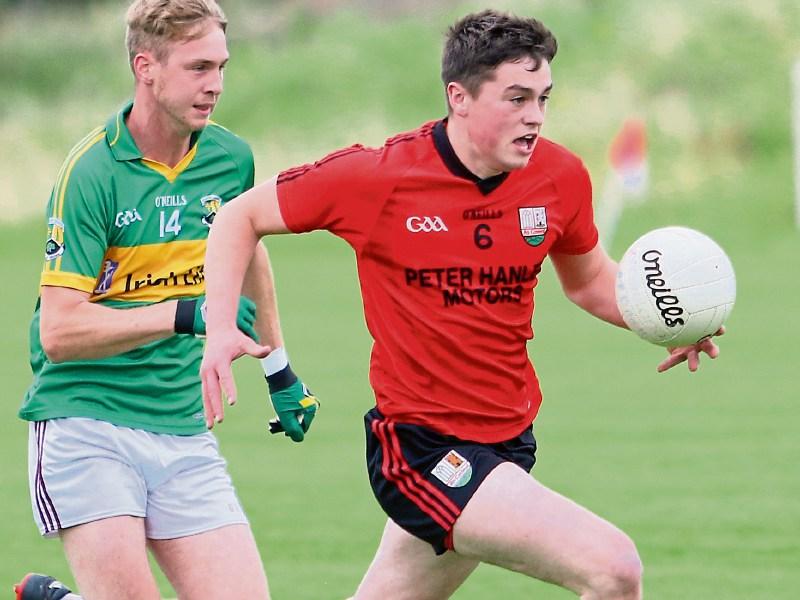 Cashel turned a two point half-time deficit into a three point winning margin as they got back on track in the Intermediate Championship with a vital victory over Ardagh/Moydow at Leo Casey Park, Ballymahon on Sunday last.

In the 20th minute of the first half Cashel were two ahead but then lost Ronan Muldoon when he was black carded in the 23rd minute and then in first half stoppage time Ardagh/Moydow got a goal to give them the lead, 1-4 to 1-2, going in at the break.

This result means it’s still all to play for in Group 1 in the battle for the two semi-final places and it could yet be decided on scores difference should three teams finish on the same number of points.

Cashel had made a terrific start to the game with Gavin Kelly flicking the ball to the net inside the opening minute.

But Ardagh/Moydow’s response was excellent with Shane Henry hitting over two points, Daryl Carrigy with a fantastic point and Mark Quinn with another to put their side ahead by one point by the 10th minute.

Cashel themselves had chances in the early stages to get more scores on the board but squandered a number of those attempts. Aidan Rowan (free) and a good Ronan Healy point gave Cashel a two point lead by the 20th minute.

In first half stoppage time Henry got Ardagh/Moydow’s goal to give them a 1-4 to 1-2 lead going in at the break.

Two Aidan Rowan frees in the opening minutes of the second half levelled matters for Cashel. Down the other end Ardagh/Moydow had a chance of a score but James Skelly put in a fantastic tackle to stop Paddy Keenan.

A neat point from Ger Dennigan in the 40th minute put Cashel ahead by one. A wonderful Ronan Healy point put two between the sides one minute later before Daryl Carrigy replied with an excellent point for Ardagh/Moydow.

Former St Faithleach’s player and Longford Town soccer star Enda Kenny had an effort deflected out for a ‘45 in the 52nd minute which Aidan Rowan duly slotted over the bar to edge his side ahead by two points.

Paddy Ganley (unable to start due to injury) was just seconds on the field when he hit over a free for Ardagh/Moydow in the 58th minute. But a fantastic run from Andrew Farrell saw him set up Ger Dennigan for a Cashel point in the 59th minute and there was three between the sides again.

In stoppage time there was a bit of a flare up with James Rowan receiving a straight red card. More minutes were added and in the fifth additional minute Ganley’s low free was deflected over the bar for a point.

With two between the side Ardagh/Moydow needed a goal but it was Cashel that got the next score when substitute Enda Kenny fisted the ball over the bar to give his side a well deserved win.